BUMMER: NFL Popularity Drops in Half After Anti-American Protest 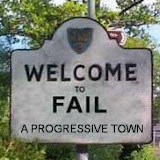 When you’re following the lead of a guy who wore socks depicting police officers as pigs, wore shirts featuring a brutal dictator named Fidel Castro, and donated $25,000 to a group that worships cop killer Assata Shakur, things will not go well

(Breitbart) In news that will shock only those who have spent the last week living in caves, the NFL’s favorability has taken a massive nosedive this week.

The POLITICO/Morning Consult poll released this week shows that the league’s favorability has fallen from 30 percent on September 21 to a low of 17 percent only a week later.

The poll takers said that this month’s numbers are the lowest favorability ratings the poll has ever measured since it first began polling on the question.

What kind of effect has this had? 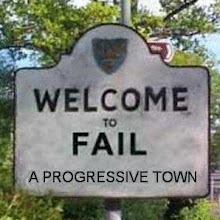 (CBS News) Operators of two of the largest U.S. ticket marketplaces say they are seeing declines in orders for NFL games amid festering controversy over the national anthem.

What will the NFL do when this starts hitting the league in the wallet? Meanwhile, the New Yorker’s Ian Crouch has Trump living rent free in his head

In the third quarter of Thursday night’s N.F.L. game between the Chicago Bears and the Green Bay Packers, the Bears linebacker Danny Trevathan laid a brutal, helmet-to-helmet hit on an opposing receiver, Davante Adams, causing Adams’s neck to jerk back and his body to crumple to the ground. It was the kind of hit that, not too many years ago, the announcers might have celebrated, but which, in 2017, they have learned to meet with shock. “That sounded awful,” one said. Adams had to be wheeled off the field on a stretcher. He gave the crowd a shaky thumbs-up sign with his right hand.

If Donald Trump were watching the game, he might have liked what he saw—at least up until the point that the referee threw a flag, penalizing Trevathan and the Bears fifteen yards for unnecessary roughness. Last Friday, in Alabama, during his tirade against N.F.L. players who kneel during the national anthem to protest racial injustice, Trump also complained about the state of football more generally. He believes that the game has become too soft. “Today, if you hit too hard—fifteen yards!” he shouted. “Throw him out of the game! They had that last week. I watched for a couple of minutes. Two guys, just really, beautiful tackle. Boom, fifteen yards!” He went on, “They’re ruining the game! They’re ruining the game. That’s what they want to do. They want to hit. They want to hit! It is hurting the game.”

The game has become rather soft. What used to be legal, good hits are now penalties. Trump wasn’t talking about things like spearing and late hits. Football fans have been saying this for awhile. Here’s where it gets truly deranged

These comments were nonsense, and relied on the same kind of racially coded, dehumanizing, us-versus-them rhetoric as the “son of a bitch” remark that got much more media attention. “They want to hit”—he repeated the phrase twice. But what Trump meant was that he wants to see them hit, and for them to otherwise keep their mouths shut. This is a different thing altogether.

P.S.: Trump still should have stayed out of it. I criticized Obama for getting involved where he should not have, and I’ll do the same for Trump.

I don't agree that Trump should have stayed out of it. We are in a war right now, an economic one, and we have to use the demons playbook to fight them at this point. After the war we can try to be civil again.