THE MOTHER OF ALL COVER-UPS: Real Russian Collusion Scandal Censored by Democrat-Media Complex

The Clinton team is ramping up its old war room tricks to deal with what is emerging as its own real Russian collusion scandal. One example is its handling of an embarrassing report by the Washington Post that Hillary Clinton’s presidential campaign and the Democratic National Committee (DNC), through a lawyer representing both parties, helped bankroll the largely discredited Fusion GPS dossier compiled by a former British intelligence officer, Christopher Steele, on alleged Trump-Russian connections. The dossier was reportedly based at least in part on information he collected from Russian officials. After first denying any involvement of the Clinton campaign in funding the GPS dossier project until such denial was no longer tenable, the campaign team tried to spin its involvement as somehow being a patriotic act. When the New York Times’s Maggie Haberman, who has not been shy in writing critical stories about Donald Trump, tweeted, “Folks involved in funding this lied about it, and with sanctimony, for a year,” Hillary supporters denounced her with ad hominem attacks.

Hillary’s former press secretary, Brian Fallon, exclaimed to CNN’s Don Lemon, "It would be malpractice in my view for the campaign to not to want to turn over every rock and learn everything it could about Donald Trump."

Really? Then why try to hide the campaign’s involvement for so long? Perhaps one explanation is that the Russian lawyer who had offered Donald Trump Jr. damaging information about Hillary Clinton was also involved with the Clinton campaign-funded Fusion GPS. In other words, a Russian lawyer connected with the firm paid in part by Hillary Clinton’s campaign to come up with dirt on Donald Trump could well have been setting a trap for his son in order to expose him to charges of Russian collusion and worse. Through intermediaries, she may have set out to lure Donald Trump Jr.  into attending a meeting with her, using the bait of opposition research about Hillary that never materialized. 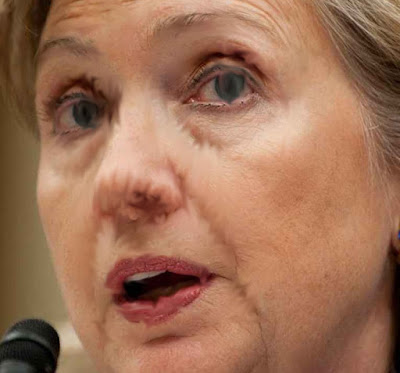 The real collusion story is Hillary Clinton’s own willingness to benefit Russia for financial gain despite the risk of compromising national security. During Hillary Clinton’s tenure as former President Obama’s Secretary of State, the FBI had compiled substantial evidence of money laundering, bribery and other criminal activities by Russians reportedly involved with the Uranium One deal, which Hillary subsequently signed off on even though it placed about 20 percent of the U.S. uranium reserves under Russian control.

“Before the Obama administration approved a controversial deal in 2010 giving Moscow control of a large swath of American uranium, the FBI had gathered substantial evidence that Russian nuclear industry officials were engaged in bribery, kickbacks, extortion and money laundering designed to grow Vladimir Putin’s atomic energy business inside the United States, according to government documents and interviews,” the Hill reported.

Hillary Clinton approved the deal along with other members of the Committee on Foreign Investment in the United States, comprised of the leaders of fourteen U.S. government agencies involved in national security and commerce. The only such Obama administration leader reported to have gained financially in connection with the approval of the Uranium One deal was Hillary Clinton. Her family foundation received one hundred forty-five million dollars of donations from investors who benefited from the transfer of Uranium One to Russian control. Bill Clinton received a huge $500,000 speaking fee from a Kremlin-tied Russian bank that promoted the Russian company Rosatom, which had the dual distinction of being the subject of the FBI criminal investigation and of being the firm subsequently approved to assume control over Uranium One.

Congress was kept in the dark regarding the FBI investigation. Prosecution of the case put together by the FBI was placed on hold until years later. The FBI informant who was so instrumental in the case has been kept under wraps until now.

Hillary Clinton has responded to the Uranium One revelations the way she has always done. She claimed to be the victim of "the same baloney" her right-wing critics have been “peddling for years,” during an interview on C-Span. She added that the stories of her ties to the Uranium One deal have been "debunked repeatedly."

If one looks back over the many years we have had to endure the Clintons’ sanctimonious protestations, we will see the same pattern of lies, denials and projections of their own misdeeds onto their political enemies.

Regarding her use of her personal e-mail system, including a private server, for government business while serving as Secretary of State, Hillary lied and then kept changing her story. She first denied that she had done anything wrong or transmitted any classified information. Then she reverted to defenses such as others have done the same thing, no harm done, big ado about nothing, etc. Hillary’s defenders, then as now, blamed the whole controversy on her political opponents. "All of this has been a political hit job from the beginning," said David Brock of the pro-Clinton group Correct the Record. "Whether it’s the report being written in the State Department’s Office of Inspector General with the help of a former confidante of Chuck Grassley, at the same time Senator Grassley has been on a political crusade to hurt Hillary Clinton, or the final report of the discredited House Benghazi Committee, we will do as we have from the beginning: preempt, debunk and push back on these partisan lies.”

Regarding the long-ago Whitewater scandal during her husband’s first terms as president, Hillary played the misunderstood victim. “I think that, having been independent, having made decisions, it's a little difficult for us as a country, maybe, to make the transition of having a woman like many of the women in this room, sitting in this house,” she said during a press conference.

And who can forget Hillary’s famous description of the Monica Lewinsky scandal? She called it a “vast right-wing conspiracy that has been conspiring against my husband since the day he announced for president."

The stakes are much higher now than they were in the days of Whitewater or Monica Lewinsky. Hillary Clinton knowingly placed U.S. national security at risk, not only by her reckless use of a private server to handle sensitive government communications but by her collusion with the Russians for financial gain.