INQUIRING MINDS: What Did Hillary Know About the Bogus Trump Dossier -- and When Did She Know It?

2. What's the big deal everyone does it (and you should have known we were lying to you.)

Obama successfully pulled off Step 2. Hillary has been much worse at it. And we're now officially in Step 2.

The Trump-Russia dossier at the heart of so much of the Russia narrative, whose provenance Fusion GPS, the smear artists behind it, worked so hard to conceal, turned out to have been paid for by Hillary Inc. And more specifically by a Hillary lawyer who had once denied everything.

And now it's Step 2. Of course we were behind the dossier all along.

"It would be malpractice in my view for the campaign to not to want to turn over every rock and learn everything it could about Donald Trump," Brian Fallon, press secretary for Hillary Clinton's unsuccessful 2016 run for president, said on CNN. "So while I didn't know that that meeting took place (the Clinton campaign's lawfirm acquisition of it) it at the time, I'm glad that Marco and whoever else was aware of it at the time authorized it and went forward with it. 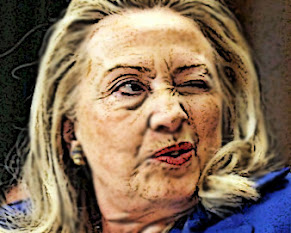 Lemon asked why didn't the campaign come clean and acknowledge they bought this dossier.

Fallon said they should have and that not that many people were aware of it.

"When did Hillary Clinton learn about it?" Lemon asked.

"Do you wish the campaign had been more transparent?" Lemon asked.

"I'm sure there were reasons why the information was controlled until now," he said.

I'm sure we will. When the Politburo sees fit to reveal why it was lying to the citizenry.

I also love "controlled" as the new Clintonian euphemism for "lied."

Fallon leaves the Hillary question carefully ambigious. And that's as good as an admission in Clinton circles.

So now we have a piece of discredited opposition research from Clintonworld being used to set not only media hit pieces, but a government investigation with possible links to the Obama eavesdropping of Trump people.

The real question then becomes what did Hillary Clinton know about this. And when did she know it.