Bitter and Inane is No Way to Go Through Life, Son 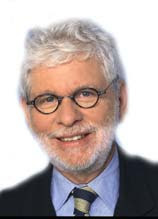 The inane and bitter Richard Cohen spewed forth a few days ago and -- shockingly -- he wrote of the Democratic movement rustling through the Mideast:

A gracious and glowing concession to the Reaganesque moves of the administration? Of course not.

Ah, there's the Richard Cohen I know! He's back! Willing to spin any good news for the administration -- and, therefore, the United States -- into foreboding visions of disaster.

And not a mention of George W. Bush.

Richard Cohen's predictions contain all the accuracy of Mizz Suzanne's Psychic Hotline, only without the snappy patter nor the Jamaican accent. I think it's high time someone graded Cohen on his litany of failures, although I'm pretty sure the pathetic number of online visits to his column would plainly indicate just how useless he is.