A top-shelf thriller from start to finish 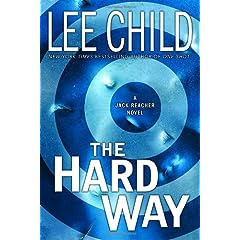 Enigmatic drifter Jack Reacher is minding his own business in Manhattan, sipping an espresso in a coffee-bar patio, when a man crosses the street in front of him and drives off in a Mercedes. The Benz contained one million dollars worth of ransom money. With that simple act, Reacher is dragged into the life of Edward Lane, the man who paid the money. Lane, who runs a highly profitable mercenary operation for any government that can afford his fee, is willing to pay any price to get his family back.

And an ex-military investigator like Reacher seems to be just the man Lane needs. Soon Reacher is tracking a sadistic kidnapper through the gritty streets of the Big Apple. And, along the way, Reacher begins to discover that Lane has some secrets of his own. But now that he's in the middle of the kidnapping, Reacher has to see it to the finish. And that finish will be anything but peacable.

By my count, Child is ten for ten. Read all of the Reacher stories -- in any order -- for a sure-fire adrenaline rush. Child's thrillers are so good you'll find yourself agitated when you hit the last page. It's just a shame he isn't cranking them out faster or, at the very least, getting some of them on screen.
at 6:33 PM
Email ThisBlogThis!Share to TwitterShare to FacebookShare to Pinterest