Enforcing Net Neutrality with a Two-by-Four 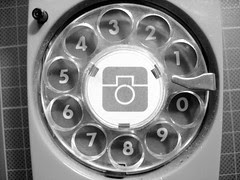 HR 5417 is the Internet Freedom and Nondiscrimination Act of 2006, a bill introduced in the House Judiciary Committee, which could offer meaningful legal protections for the concept of Network Neutrality.

HR 5417 is a credible bi-partisan effort to rein in the carriers. It is sponsored by House Judiciary Chairman James Sensenbrenner (R-Wis.) and a gaggle of Democratic leaders. Citing government statistics ("98 percent of Americans have at most two choices for broadband service"), Sensenbrenner righly notes that such a "virtual duopoly" is ripe for anticompetitive abuse. Thus, "a clear antitrust remedy is needed."

Yesterday's Journal -- in an utterly misguided op-ed -- blathered away with a nearly fact-free diatribe. Even its title was off-base: "The Web's Worst New Idea", when it's the Internet and not just the web everyone's discussing. Its content was likewise odiferous, possessing all the intellectual honesty of Pinnochio on a losing streak at the track:


In essence, the Journal hoists up the oft-used telco straw man: that protecting Internet freedom (i.e., preserving net neutrality) is somehow new and different. No, protecting consumers and innovation from potential abuse requires only that the FCC remains equipped with a two-by-four and a set of principles to enforce.

Obviously, the Journal op-ed authors and editors require a little history lesson. Sherman, let's spin the controls on the way-back machine and dial up 1996.

The carriers' illustrious history of discrimination

About ten years ago, as the Internet soared in popularity, consumers and businesses began to attach new devices and create new services for the network. The reaction of the broadband carriers was decidedly ugly*:

These early discrimination cases prompted a broad outcry. FCC Chairman Michael Powell -- who, unfortunately, is no longer in power -- publicly enunciated net neutrality provisions in the form of "four freedoms": to access content, run applications, connect devices, and to enjoy a competitive landscape.

The FCC brings down the hammer

The FCC subsequently adopted a policy statement adhering to, in essence, these principles. Grudgingly, the carriers succumbed to the pressure. In 2005, with the Madison River case, the FCC bludgeoned a telco into submission with fines when it blocked a third-party Voice-over-IP (VoIP) service.

So let's recap. When faced with innovative services like wi-fi, VPNs, and VoIP, the broadband carriers simply tried to shut the services down until the FCC rode to the rescue. Michael Powell stated, "The industry must adhere to certain consumer protection norms if the Internet is to remain an open platform for innovation."

Powell soon exited the FCC, however, and the stage was set for the monied carriers to exact revenge.

The Carriers strike back

Hoping to return to the days when they could freely block VoIP, prevent the attachment of new-fangled devices to the network, and eradicate other packets they hadn't foreseen, the carriers launched a counterattack.

To get a sense of what occurred, you first need to picture yourself in the halls of power in DC. Now imagine lobbyists walking the corridors with leaf-blowers, each of which is spewing currency at roughly the speed of sound. Now you've pretty much got the picture. In short, the carriers engaged in a multi-pronged lobbying effort to get the keys to the Internet:

To prevent any competition in last-mile service to the consumer, the telcos engaged in heavy lobbying against municipal broadband as well as various legal activities against cities and towns trying to build muni fiber loops.

To grease the skids for deregulation, the telcos, through "USTelecom, began a reported $30-million-to-$40-million, multiyear lobbying and media campaign," according to NJ Telecom Update.

And to combat the baying and whining of the "little people" (basically everyone except the Journal's Op-Ed Editors and the carriers' lobbyists), they subsequently spent another million a week on a TV campaign to drum up some "populist support". That basically resulted in the Journal op-ed piece, I would guess, and not much more activity.

Now that I think about it, the leaf-blower analogy probably isn't sufficient. Perhaps one lobbyist simply drove a Brinks truck around while the other used a show shovel to plow the cash out the back door.

With your help, the carriers' funds will go for naught. The Save The Internet campaign, a bi-partisan effort to harness the blogosphere -- has collected over 600,000 signatures and directed thousands of phone-calls and letters to Congress.

Think, for a moment, what would have happened had the carriers succeeded in suppressing wi-fi, VoIP, VPNs, and the like. Would there be a Skype or a Vonage? How about a Netgear or a YouTube? Would Google Video or GoogleTalk exist?

And how would America's technological leadership -- and, by extension, its national security -- have been impacted?

Does it strike anyone else as odd that the carriers -- who have yet to create any noteworthy Internet application -- want the keys to application-land? Why not just give some teenagers a convertible, some rapid-fire paintball guns, and a case of Jim Beam? That sounds like less trouble to me.

And if the carriers truly were interested in non-discriminatory routing, why are they fighting so hard to prevent Congress from codifying non-discrimination rules?

The answer is as obvious as it is brazen. The carriers appear ready to return to the days where they can block or degrade innovative services, pick and choose winners among application providers, and set up additional tollbooths on the Internet to line their pockets. No value creation will come out of these attempts. Innovation and America's Internet leadership position will be decimated instead.

Giving the "virtual duopoly" this kind of power -- without strengthening the FCC's enforcement rights -- makes as much sense as sending your kids to binge-drinking classes.

Pay a vist to Save The Internet. Take action. And tell your friends.

* Columbia University's Tim Wu wrote a 2005 paper entitled, "Network Neutrality, Broadband Discrimination", which described these and other incidents of network discrimination by the broadband carriers.
at 6:03 AM
Email ThisBlogThis!Share to TwitterShare to FacebookShare to Pinterest
Labels: FCC