I recently received via an unsolicited email the following article authored by an alleged historian named H.C. Richardson. It begins:

Lots of folks are finally paying attention to the rise of authoritarianism here in the U.S. They are right to be concerned... Scholars have seen worrisome signs all along. Trump has dismissed nonpartisan career officials and replaced them with loyalists. He has fired the independent inspectors general. He denies Congress’s right and duty to investigate members of the Executive Branch. He has used the Department of Homeland Security and other law enforcement officers of the Executive Branch as a private army.

I responded to the sender as follows:

Thanks for sharing this article, which really made me chuckle. If I had been drinking milk when I read it, it would have come through my nose from laughing so hard.

"He has fired the independent inspectors general."

"He has packed the courts." 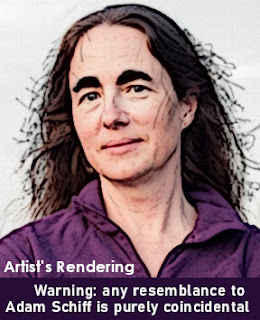 Trump has the constitutional authority and obligation to fill vacancies on Article III courts. And, he ran on a platform of filling vacancies with conservative judges. The suggestion that Trump has "packed the courts" by fulfilling his constitutional duty and honoring his campaign pledge is laughable. Too bad Harry Reid abolished the filibuster for judicial appointments.

"He has solicited help from foreign governments to get reelected."

"Trump is advancing just such a strategy. He and members of his administration refuse to condemn violence, and insist that legitimate protesters are all “Antifa.” They are blaming Democrats and “liberal politicians and their incompetent policies” for violent protests, although most of the injuries at the protests have been caused by police or by rightwing thugs. They are stoking white people’s fear of their Black neighbors, with Trump going so far as to talk of how he will keep low-income housing from the suburbs to protect the “Suburban Lifestyle Dream.”

This is my favorite part because the entire paragraph is devoid of reality. Trump has condemned violence and has consistently urged Democrat mayors to put a stop to it. I wonder if the Trump supporter killed in Portland would agree that the violence was "caused by police or by rightwing thugs." And, who knew that police were setting fire to courthouses? There is nothing racial about wanting to be safe and free from violence. In fact, much of the physical violence and many verbal assaults are being perpetrated by whites.

"We can see exactly what Trump is doing, and refuse to embrace it. Democratic leadership is calling out Trump for “willfully fanning the flames of this violence,” as Representative Adam Schiff (D-CA) put it today. "

Quoting Adam Schiff is rich, given that he is a pathological liar. That Schiff is still part of "Democratic leadership" speaks volumes about the Democrat party.

"And Trump remains dogged by tell-all books and lawsuits that threaten to reveal criminality. Today, the New York Times ran a story by Michael S. Schmidt, a reporter covering national security and federal elections for the New York Times. Schmidt has a book coming out on Tuesday. It reveals that in 2017 former deputy Attorney General Rod Rosenstein limited Special Counsel Robert Mueller’s investigation. Rosenstein kept Mueller from exploring Trump’s own relationship with Russia while he was investigating Russia’s efforts to get Trump elected and Trump’s efforts to stop the inquiry. Rosenstein limited Mueller to conducting a criminal investigation and did not permit him to expand his inquiries."

You know the Democrats are desperate when they go back to the Russian well yet again. Other than trying to sell books, I am still waiting for anyone to point to what "inappropriate relationship" or "counterintelligence threat involving the president and Russia" possibly exists. Even the recent Senate report (which most Republicans declined to embrace) did not find any evidence that Trump (in contrast to some of his sleeze-bag advisors) had an inappropriate relationship with Russia or posed a counterintelligence threat. Too bad no one can find the video of Trump getting peed on by Russian prostitutes.

There are lots of other statements in Professor Richardson's article that demonstrate she is living in an alternative universe.

If Professor Richardson is indicative of the quality of the faculty at Boston College, students should be entitled to a tuition refund.

"in contrast to some of his sleeze-bag advisors"

And the sad part is the Clinton's pals the "Podesta brothers" run free doing the same things the Trumps advisors did.

Podesstas! Forgot about those d-bags.

without lies, hypocrisy, innuendo, hyperbole, and projection the Left would have nothing to say.

This professor looks like he's been in Thailand a long time, hint hint.