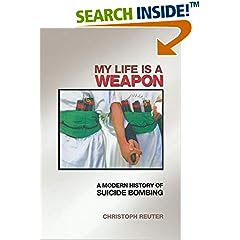 Had an interesting thought last night: there's a way to conclusively prove Joel Henry Hinrichs III was a suicide bomber bent on killing as many OU football fans as possible. I'd heard reports that trees in the area of the explosion were pockmarked with holes, as if from shrapnel. Were that the case, it would prove -- without a shadow of a doubt -- that Hinrichs had intended to kill dozens.

Blogger Acorns-from-an-Okie had similar thoughts. He stopped by the scene and took a few photos. His conclusion:

Conclusion: while there's apparently no easy way to prove that Hinrichs was out to kill lots of people, a lack of shrapnel alone doesn't tell us a thing. Why, for instance, did he attempt to buy quantities of ammonium nitrate several days prior to the explosion? A lack of shrapnel points only to a lack of bomb-making skill or a need to transfer the device (say, from a backpack to a vest -- as has been reported).
at 6:24 AM
Email ThisBlogThis!Share to TwitterShare to FacebookShare to Pinterest