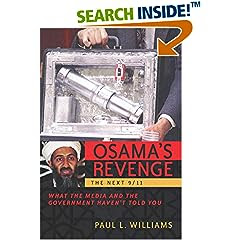 The Sunday Herald of Scotland reports another interesting little story that the Mediacrats haven't deemed lede-worthy. A shipment of around ten pounds of hafnium, which can be used to enrich nuclear material, was intercepted by Bulgarian customs officials late last month.

Where was it headed? The chief of the Bulgarian police stated that is was destined for the Middle East, brokered by the Romanian mafia. Add it all up: organized crime, the Middle East, and lots of interesting toys from the old Soviet bloc. Nah... that's not worth reporting.

Where are the "journalists"? Where, indeed? Hey, does someone want to wake up Andy Rooney and give him the news?

Sunday Herald: Police fear Balkan mafia eager to sell A-bomb materials to Iran
at 6:24 AM
Email ThisBlogThis!Share to TwitterShare to FacebookShare to Pinterest