The Rocket Scientists in the Media 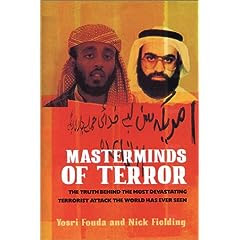 I wonder if any of the mainstream news outlets can spend about ninety seconds considering the following news articles that have been reported (separately) over the last several days:

Yes, the gasbags at the New York Times -- genius op-ed columnists like former theater critic Frank Rich and uber-feminist Maureen Dowd -- can't let up on their bloviating anti-Bush agenda for a moment to ruminate on real stories.

Requiring all the mental gymnastics of adding two and two, stringing together a common thread between these stories is well beyond the mainstream media's rocket scientists. And, besides, it might make clear that President Bush was deadly serious when he stated that we're at war. After all, that message isn't on point for the Mediacrats.
at 6:24 AM
Email ThisBlogThis!Share to TwitterShare to FacebookShare to Pinterest