Israel, Hezbollah, and the UN 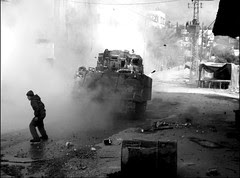 The outcry from the deaths of UN observers in Lebanon has been predictable. Kofi Annan all but accused the Israelis of targeting the UN, calling the incident, "apparently deliberate." The China Daily said, "Israel has gone too far." And the New York Times' Maureen Dowd claimed Karl Rove had personally executed the observers. Well, I'm just guessing about that last part because I'm not among the dozen folks that have subscribed to Times Deselect.

What you're not hearing from the mainstream press is that Hezbollah -- true to form -- used the UN observers as human shields. According to the UN's own report, Hezbollah was firing from the observers' positions:


It could be just me, but if I'm a UN observer and I notice Hezbollah lobbing mortar shells from a position just yards away, my digital watch will display the time, "Get to steppin'."

A Canadian General interviewed on radio independently confirmed that the UN Observer Post was used by Hezbollah:


The General put it bluntly: "They use the UN as shields."

And what of Kofi Annan? CNS is reporting that he could have ordered peacekeepers to leave at any time:


While you won't be reading any of this in the New York Times -- barring someone dumping 55-gallon drums of truth serum in the Manhattan water supply -- rest assured that DowdCo will find a way to blame it all on Chimpy McHalliburton. Heaven knows, there are a couple of years of useful life remaining on her teleprompter's endless tape reel.
at 6:33 AM
Email ThisBlogThis!Share to TwitterShare to FacebookShare to Pinterest