Leslie Gelb and the Culture of Repeated Mistakes 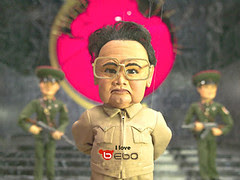 The op-ed pages of the Wall Street Journal are routinely populated with analyses that pull no punches. Opinion pieces laced with barbs pillorying both parties for various failings. And a thoroughly clear-eyed view of national security.

So it comes as a bit of a surprise to see Leslie Gelb receive a forum in these pages. Gelb is a former president of the Council on Foreign Relations (CFR), a self-described foreign policy think thank populated with the likes of Madeline Albright and Robert Rubin. Gelb also served as assistant secretary of state for the Carter administration.

Given that history -- a deep association with appeasers and failed negotiators -- one would think Gelb would have been mortified to submit the likes of his WSJ piece, "Time to Talk." Some of the lowlights:


So Gelb's brilliant plan: appease despots and terrorists by sending... wait for it, wait... for... it... diplomats! And negotiating! Absolute genius.

No mention, though, of fellow CFR board-member Madeline Albright's disastrous negotiations with Kim Jong-Il, the result of which was a nuclear-equipped tyrant in North Korea. According to PBS, "...the CIA, working with evidence that it had been collecting since the middle of Clinton's second term, [found] that North Korea [was] secretly pursuing a uranium enrichment program". In other words, Gelb's colleagues -- Jimmy Carter and Albright -- engaged in just such a strategy of appeasement with an unspeakably evil despot.


The direct result of appeasing pure, unmitigated evil: a humanitarian disaster of unbelievable proportions and  a nuclear-equipped dictator.

Of course, Gelb fails to mention this intriguing slice of history, which can be laid directly at the feet of his CFR associates.


Gelb has yet to explain how one can negotiate a deal with another who simply wants you dead.

He also ignores Iran's venomous and existential threats against the United States, England and Israel:


Never mind that Gelb fails to mention the last significant effort at diplomacy in the Middle East. The Israelis withdrew from southern Lebanon to create peace. They withdrew from Gaza to create peace. But instead of building schools, businesses, and the other infrastructure that would benefit their populations, Gelb's prospective negotiating parties turned those areas into rocket bases.

Put simply, Gelb's impotent essay blithely ignores the central issue: negotiating with the irrational (or borderline insane) leads to even more death and destruction. Just as ignoring a festering wound leads to severe infection or death, so too are the inevitable results of appeasing evil. But the scourges of Communism and Nazism -- and recent experiences with North Korea -- apparently haven't penetrated Gelb's feeble cranium as representative outcomes.

Mark Steyn said it well in the Sun-Times last week:


Gelb's advocacy for negotiating with suicidal fanatics is as sensible as erecting a radio tower during a summer lightning storm. Odds are you'll receive a shocking lesson.

Based on Gelb's history and his most recent chicken-scratching, I'd say his efforts to advance American foreign relations are roughly equivalent to Gary Coleman's contributions to the cinema. He'd be better off finding a new line of work.

at 12:12 PM
Email ThisBlogThis!Share to TwitterShare to FacebookShare to Pinterest