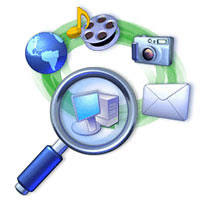 Eric Bangeman, writing at Ars Technica, has posted Microsoft's new Guidelines for future Windows development. From all appearances, Microsoft hopes to strike a delicate balance. It must walk the tightrope between encouraging competition but -- presumably -- not too much competition. The first of three principles ("Choice for Computer Manufacturers and Customers") reads:


Tenet 5 is particularly interesting, given accusations leveled against Microsoft.

On that note, let's dial up March 15, 1991 on the way-back machine, Mr. Sherman. And let me call your attention to a New York Times article from that very day entitled, "Microsoft's Tactics Questioned by Rivals":


If I recall correctly, AlphaWorks was a PC Magazine Editor's Choice (tied with Microsoft Works). The real story behind Hyundai's conversion from AlphaWorks is especially interesting, but I'll leave it to the principals at Alpha Software to tell that tale.

I commend Microsoft for clearly enunciating their commitment to ethical business practices. Better late than never.
at 6:27 AM
Email ThisBlogThis!Share to TwitterShare to FacebookShare to Pinterest