The Times: Left Behind 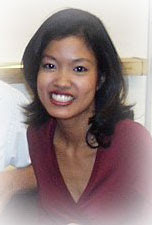 In reading two of Michelle Malkin's recent articles this morning, I came to a stunning epiphany. The New York Times is a parody newspaper. I can find no other explanation of its recent behavior. I assert that its investigation of John Roberts' adopted children while simultaneously and studiously ignoring the Air Enron scandal reinforce the fact that the Times is pure satire.

It's like a sophisticated version of The Onion, only without the chuckles.

And: after a week of rising stink, the Air Enron scandal has reached the Eliot Spitzer level. And, so far as I can tell, nary a word has been printed in the Times about the furtive Al Franken and the missing Boys & Girls Club funds.

Folks, you just can't make this stuff up. This can't be anything but a brilliant parody. And, let me be first the congratulate the Times' on its new daily parody edition. It's gold, Jerry, pure gold.

Update: Looking for the Reader's Digest version of MSM/DNC self-parody? Look no further than Sister Toldjah's excellent recap.
at 9:00 AM
Email ThisBlogThis!Share to TwitterShare to FacebookShare to Pinterest