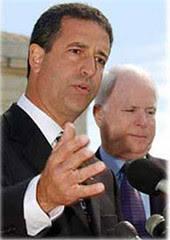 The oh-so-concerned-with-national-security Democrats are holding censure hearings over the President's act of wiretapping international calls between terrorist cells.

And, yes, the mediacrats continue to call these wiretaps "domestic". Let's see. The taps can only be called domestic if an airplane flying from Tokyo to San Franscisco is considered a "domestic flight".

Anyhow, Russ Feingold, John Dean, and a bunch of other hard-left barking moonbats -- that's the term they prefer, I believe -- are humiliating themselves in a forlorn attempt to censure the President.

Leave it to associate director of the Center for National Security Law, Robert Turner, to set 'em straight.

Can I get an indeed™?
at 9:11 AM
Email ThisBlogThis!Share to TwitterShare to FacebookShare to Pinterest