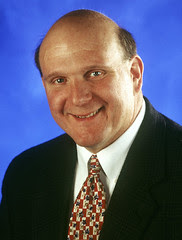 The comments just keep on coming over at Mini-Microsoft, which featured a post entitled, "Vista 2007 - Fire the Leadership Now!". A blistering series of responses -- many from current or former MSFT employees -- pin the blame on Vista's continuing delays to Ballmer, middle management, the coders, outsourcing, the Dalai Lama, and everything in between.

To spare you -- my dear and valued reader -- from having to wade through hundreds of comments, I've highlighted several of the most interesting remarks below.

I wonder what Eric Sink thinks about that?

Regarding the planned Vista availability for corporations by 12/06 (while consumers must wait 'til '07), another commenter posits:

Sounds a little odd, because if you sign an SA agreement, it's etched in stone. If MSFT delivers before the SA expires, you're good. If not, you're out in the cold. It's a contract. But what do I know? I'm not a lawyer...

Here's a person who recommends a new strategy to delivering an OS:

In other words, build subsequent versions of Windows on top of a Posix (UNIX or Linux) core. Indeed. That's something I've advocated for years (e.g., Visual Studio for Linux).

And here's another theory as to why Vista keeps slipping:

Here's someone affiliated with BestBuy who thinks the Vista delay is a good thing. And not for the reason you might expect.

For a "Windows veteran but no longer an employee", it all seems like back to the future:

There you have it. And you thought everything was sweetness and light within the hallowed halls of Redmond.
at 9:30 AM
Email ThisBlogThis!Share to TwitterShare to FacebookShare to Pinterest