The New Yorker magazine appears to be one of the most partisan publications.


That certainly sounds unbiased to me.

Meanwhile, progressives appear to be moving to eradicate one of the major outlets for conservative thought: talk radio. With moves reminiscent of Hugo Chavez, "progressives" are setting the stage for silencing talk radio pundits via legislative dictate. 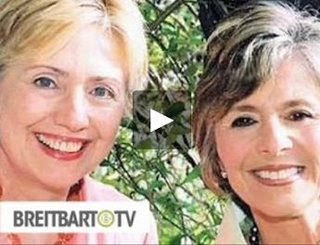 Despite the breathless Drudge coverage, this isn't much of a secret. Liberal website ThinkProgress recently featured an article entitled "Right Wing Domination of Talk Radio and How to End It":


Recommendations? More government regulation to ensure "ownership diversity, both in terms of the race/ethnicity and gender of owners, as well as the number of independent local owners, will lead to more diverse programming." 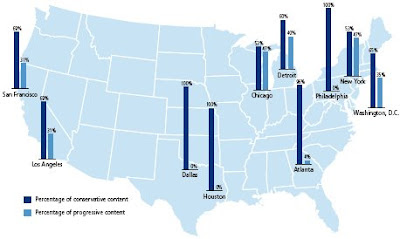 What isn't addressed in the study is simple supply and demand. Radio owners would broadcast Pro Tiddlywinks coverage 24/7 if it attracted listeners and ad revenue.

Ed Morrissey offers his own unique brand of insight into the censorship efforts:


And that, of course, is what the Left wants to accomplish. MSNBC's report highlights the fact that mainstream media outlets are dominated by "journalists" who lean Left, often in direct violation of their employer's rules.

The single channel -- and the most competitive one in terms of consumer choice -- is talk radio. It is dominated by conservative thought and opinion... and therefore it must be censored, Chavez-style, by the likes of Clinton and Boxer. In a marketplace of ideas, the progressives appear utterly unable to compete. Their attempts to censor conservative opinion are both intellectually and morally bankrupt. But I suppose it's not out of character from a group that worships Michael "Leni Reifenstahl" Moore and the 9/11 Truthers.

It's a shame that we don't have a real opposition party that can come up with compelling, marketable ideas for the electorate and must instead promote its agenda through censorship.

at 9:54 AM
Email ThisBlogThis!Share to TwitterShare to FacebookShare to Pinterest
Labels: Democrats, MSM, New York Times