Whoops! Google, in partnership with Immersive Media, has augmented its mapping service with street-level views. To achieve the effect, staffers drive vans around snapping pictures using special, "11-lens cameras". Problem is, some odd -- and possibly illegal -- activities have begun to show up in the candid snapshots. 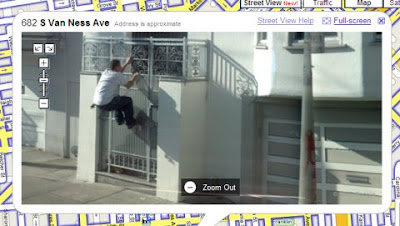 This guy is either (a) imitating Spiderman, (b) escaping the wrath of an angry husband or father, or (c) preparing for a daylight robbery. 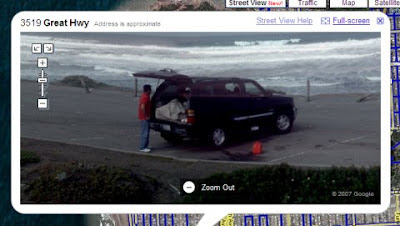 It's not an episode of the Sopranos, it's just a guy with a gasoline can and what appears to be a body wrapped in a tarp. 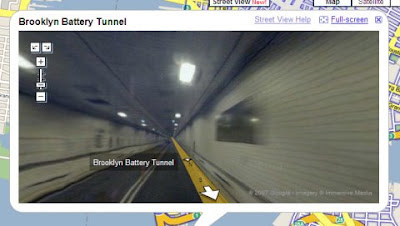 Hasn't it been illegal to take pictures in the New York tunnels since 9/11? Or perhaps Google and Immersive received a special dispensation from DHS. 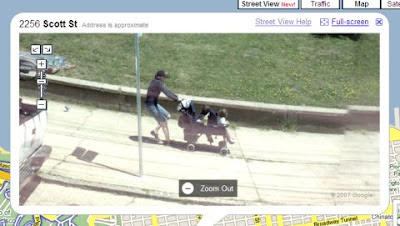 It may look like an episode of Jackass, but Mom appears to be just one stumble away from a runaway stroller! 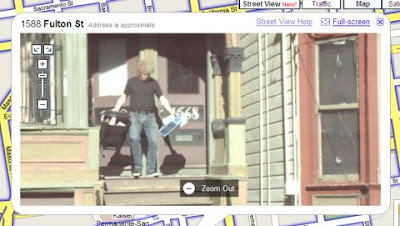 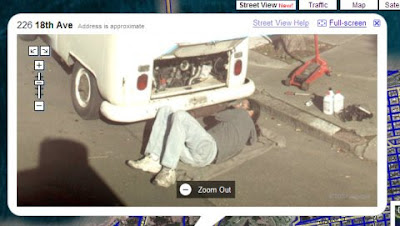 A classic San Francisco street scene: A man and his '66 Volkswagen bus. 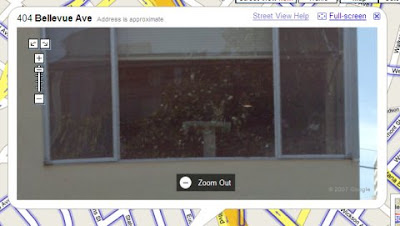 Is that Jack Murtha in a hotel room with some Arab businessmen? Nah, I guess not.