News broke this week that the Bureau of Alcohol, Tobacco, Firearms and Explosives (ATF) has reconsidered and “clarified” its Jan. 6, 2015 Open Letter on the use of stabilizing braces as shoulder stocks.

As we explained at the time, the ATF took the position in that letter that merely affixing the stabilizing brace to a pistol did not constitute the “making” of an NFA firearm. Firing the braced pistol from the shoulder, however, was held to constitute a “redesign” of the firearm that brought it under the jurisdiction of the National Firearms Act (NFA), with all the additional regulations that classification entails.

This directly contradicted earlier advice the ATF had provided, in which the agency stated, “firing a pistol from the shoulder would not cause the pistol to be reclassified as an SBR.” Nor, advised the ATF in the earlier guidance, would using a stability brace improperly as a shoulder stock “change the classification of the weapon per federal law.” 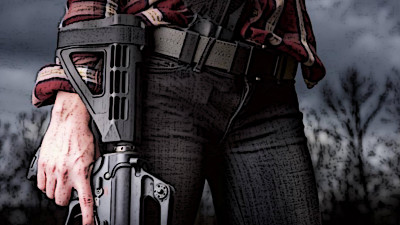 ATF’s latest guidance on the matter was provided in response to a request by stabilizing brace manufacturer SB Tactical to reconsider the position taken in the Jan. 6, 2015 Open Letter. It was not issued as an open letter, rather as a direct response to SB Tactical’s outside counsel from ATF’s Assistant Director of Enforcement Programs and Services, Marvin G. Richardson.

The letter – dated March 21, 2017 – appears aimed at reconciling ATF’s past positions. It notes that the NFA defines a regulated firearm to include “a rifle having a barrel or barrels of less than 16 inches in length.” The law further defines a “rifle” as “a weapon designed or redesigned, made or remade, and intended to be fired from the shoulder … .” In general, the letter indicates, “a pistol with a barrel less than 16 in length and an attached shoulder stock is an NFA ‘firearm.’”

The new letter maintains the position that “the use of stabilizing braces, as designed, would not create a short-barreled rifle when attached to a firearm.”

But it then goes on to clarify that “an NFA firearm has not necessarily been made … even if the attached firearm happens to be fired from the shoulder.”

Rather, the ATF will employ “both objective and subjective analyses” to determine the legal significance of the attachment of a brace to a pistol and its subsequent use as a shoulder stock.

If … the shooter/possessor takes affirmative steps to configure the devise for use as a shoulder stock— for example, configuring the brace so as to permanently affix it to the end of a buffer tube, (thereby creating a length that has no other purpose than to facilitate its use as a stock), removing the arm-strap, or otherwise undermining its ability to be used as a brace – and then in fact shoots the firearm from the shoulder using the accessory as a shoulder stock, that person has objectively ‘redesigned’ the firearm for purposes of the NFA.

Yet the letter goes on to state:

To the extent the January 2015 Open Letter implied or has been construed to hold that incidental, sporadic, or situational ‘use’ of an arm-brace (in its original approved configuration) equipped firearm from a firing position at or near the shoulder was sufficient to constitute ‘redesign,’ such interpretations are incorrect and not consistent with ATF’s interpretation of the statute or the manner in which it has historically been enforced.

The practical upshot of ATF’s clarification obviously leaves some room for interpretation.

What seems clear, however, is that attaching a stabilizing brace to a pistol expressly to create an SBR to fire from the shoulder – particularly when it involves alterations or processes that would undermine the use of the brace for its intended purpose of facilitating one-handed pistol fire – creates an NFA firearm.

On the other hand, ATF no longer takes the clearly untenable position that any shouldering of a braced pistol automatically constitutes the regulated “making” of an NFA firearm.

This is good news for manufacturers and the gun-buying public alike and is a hopeful sign that commonsense and reason – rather than Obama-era antigun politics– will again be the watchwords for ATF’s enforcement of federal firearms laws.