Trump eliminated the Clean Power Plan (CPP) as well as rules and regulations from several different federal agencies that had been implemented as part of Obama’s environmentalist agenda.

“We fully expected the Clean Power Plan to be overturned, but were surprised at the breadth of the Executive Order,” Kathleen Sgamma, vice president for government at the Western Energy Alliance, told The Daily Caller News Foundation.

“It comprehensively clears out some of the regulatory overreach of the Obama Administration that was about greater federal control in the guise of environmental protection.”

“Repealing those rules requires months if not years of rule-making and the inevitable follow-on litigation before they will be completely gone,” Sgamma continued. 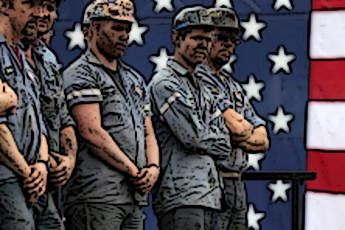 Trump ordered the Environmental Protection Agency (EPA) to revisit Obama’s CPP. Rolling back these rules and regulations should get the U.S. closer to energy independence and spur job growth.

If implemented, CPP would have cost a staggering $41 billion annually, which equates to about $10.74 a month for each American. Less than 39 percent of Americans would be willing to spend that level of extra cash to fight global warming, according to a poll. The Clean Power Plan would have only averted 0.019° Celsius of warming by the year 2100, an amount so small it can’t be detected, according to analysis by the libertarian Cato Institute using models created by the Environmental Protection Agency.

Trump promised to eliminate the CPP, drawing criticism from environmentalists and Democrats, but earning praise from coal miners and companies who want to stay in business.

2. Changing How The Government Interprets The National Environmental Policy Act

President Obama had changed the way the government interpreted the act in a way that made permitting very difficult and enabled environmental lawyers to easily sue the government.

“That indeed was accomplished with the stroke of a pen, since it was just a stroke of Obama’s pen that put it in place,” Sgamma told TheDCNF. “However, several policies put in place by the agencies, 29 by our count, will still need to be unraveled. Since most did not go through the formal rule-making process, it will be easier.”

Trump has already rolled back the Department of Interior’s Stream Protection Rule which was rushed onto the books shortly before Obama left office. The rule makes it much harder to mine coal on federal lands.

U.S. coal production is already rising again and could bring jobs back with it, according to a Wednesday report from the federal Energy Information Administration (EIA).

“At least we’ve got a shot at it under Trump,” Jeff Keffer, CEO of the coal company Longview Power, previously told The Daily Caller News Foundation. “If Clinton had won, the requirements of the Clean Power Plan and the inability to replace old plants would have eventually just killed coal entirely in the 2020s.

America has 83,000 fewer coal jobs and 400 fewer coal mines than it did when Obama was elected in 2008, demonstrating the former president followed through on his pledge to “bankrupt” the coal industry.

During the Obama administration, heavy environmentalist pressure caused the EPA to consider banning chlorpyrifos over concerns that it contaminates drinking water and food. However, the EPA’s own analysis found that “there do not appear to be risks from exposure to chlorpyrifos in food.” The agency’s own website says chlorpyrifos is safe for humans in “standard” amounts.

Chlorpyrifos has been used on citrus fruits, apples, broccoli and various other crops since 1965. U.S. farms use about 6 million pounds of chlorpyrifos each year. If nothing had changed legally, the EPA would no longer have allowed incredibly small trace amounts of chlorpyrifos in food, effectively banning the pesticide in the U.S.

5. Simplifying How Public Lands Are Managed

BLM and Democrats claim the rule would help federal agencies better take care of public lands, while the rule’s critics claim it seized power from local officials and makes energy development much more difficult. Planning 2.0 took effect in December, so it never really had a chance to be implemented. Critics of the rule say that’s a good thing.

Ending BLM and other agency restrictions to energy development on federal lands would create 2.7 million jobs and add $663 billion to the economy each year for the next 30 years, according to a new study published in December by Louisiana State University and the free-market Institute for Energy Research.

The Trump administration approved the final stages of the Keystone XL oil pipeline earlier this month, only 16 months after the Obama administration rejected the project over concerns it would tarnish the U.S.’s environmentalist reputation.

TransCanada, the company behind the pipeline, submitted an application to build Keystone XL in September, 2008, and the Obama administration rejected the pipeline in late 2015. The Department of State granted TransCanada, the company building Keystone XL, permission to “construct, connect, operate, and maintain pipeline facilities at the U.S.-Canadian border in Phillips County, Montana for the importation of crude oil.”

7. Returning Environmental Regulation To The States

The U.S. Fish and Wildlife Service (FWS) issued a rule towards the end of the Obama administration called “Non-Subsistence Take of Wildlife, and Public Participation and Closure Procedures, on National Wildlife Refuges (NWR) in Alaska.”

Alaska’s state government disliked the rule, claiming that it created a system of top-down decision making from the federal government that was the exact opposite of what previous legislation intended. Alaska previously filed a lawsuit against the Department of the Interior and FWS to overturn it, saying that Obama had significantly reinterpreted federal law to effectively sharply limit hunting in the state.

Just let me know when the Ethanol program is kaput!

It's time to allow DDT back into the country, too! Harmless to humans, deadly to disease-carrying insects, and HARMLESS TO BIRDS AND THEIR EGGS TOO! The whole "Silent Spring" crapola was a LIE!