IRAN IN SYRIA: A Gathering Storm

The Iranian regime, as it has made clear in countless threats, rallies, and missile displays, wants to destroy Israel, the “Little Satan.”

Given Israel’s military might and, according to foreign reports, nuclear arsenal, Iran’s goal is probably unattainable. But the nearer Iran gets—or perceives itself to get—to that goal, the more warfare and instability is likely to ensue.

At present, thanks to Syria’s collapse into civil war and the Obama administration’s—at best—inept policy there, Iran is within reach of establishing a permanent military presence to Israel’s north—a surefire recipe for ongoing struggle and menace.

Israeli officials, Reuters reports, now estimate that Iran “commands at least 25,000 fighters in Syria, including members of its own Revolutionary Guard, Shi’ite militants from Iraq and recruits from Afghanistan and Pakistan.”

Iran is also reportedly seeking a naval base in Syria, and, if it gains a lasting foothold in Israel’s northern neighbor, will undoubtedly want an airbase there as well.

The Reuters report notes that Israeli intelligence minister Yisrael Katz has been on Capitol Hill urging stepped-up U.S. threats and sanctions on Iran and its Lebanese proxy Hizballah. Israel wants Russia to rein in Iran, too—though whether Russia is willing is still in dispute. 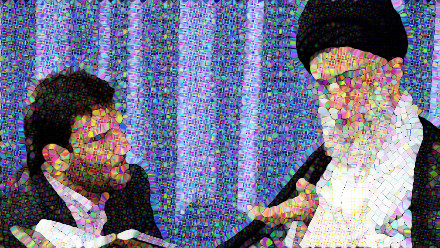 particular concern are Iran’s efforts to establish a beachhead for itself and Hizballah on the northern Golan Heights, directly across the border from the Israeli-controlled southern Golan.

Two years ago an Israeli airstrike on the northern Golan killed both Hizballah and Iranian commanders seeking to build a terror network there. Israel remains acutely concerned that such efforts will continue.

Iran’s naked aggression toward Israel was in evidence this week in a different kind of attack. The Israeli daily Haaretz reports:

Cybersecurity experts are convinced that Iran is behind the large-scale cyberattack revealed Wednesday by Israel’s Cyber Defense Authority. The attacks have been identified as being carried out by a hacker group known as OilRig, which has been tracked to Iran and is believed to be financed and directed by one of the Islamic Republic’s intelligence agencies.

OilRig…is known to have attacked in both government and private sector targets the past, focusing primarily on Saudi Arabia, Turkey, the United States and Israel.

The recent attacks were aimed at at least 120 Israeli targets, including private companies, government departments, research institutes and hospitals…. It is unclear at this point whether the attack had any specific targets beyond creating damage in Israeli computer networks, and the extent of that damage is still being assessed.

Other reports, like this one, claim the cyberattack was successfully thwarted.

What is not in doubt is that the—for now—low-level war between Iran and Israel is not only continuing but intensifying. On Thursday it was reported that Israeli missiles fired from the Golan Heights hat hit and destroyed Iranian arms supplies in a Hizballah depot near Damascus International Airport.

Intelligence Minister Yisrael Katz, mentioned above, appeared to confirm that Israel was behind the strike, saying it “exactly matches our declared policy.”

Iran’s harassment of a U.S. warship in the Persian Gulf this week suggests that its cockiness toward the “Great Satan,” too—after a period when it seemed to have waned—is returning.

A cyber attack on Israel, arms shipments to Hizballah, and provocative moves against the U.S. navy are—among much else—all in a week’s work for Iran.

Israeli officials are, though, well aware that the current administration has a much more sober view of the problem than the previous one, and more hopeful that, this time around, the forces of civilization will push back against a regime that has been sowing discord and death for almost four decades.

Leave Iran alone
They have the largest population of Jews outside of Israel,
They havent invaded anyone in 700 years
https://www.quora.com/Are-we-really-on-the-brink-of-WWIII/answer/Arnaldo-Lerma

Did anyone tell Iran to leave everyone else alone, especially leaving the "little and the Great Satans" alone? It's a 2 way street buddy.