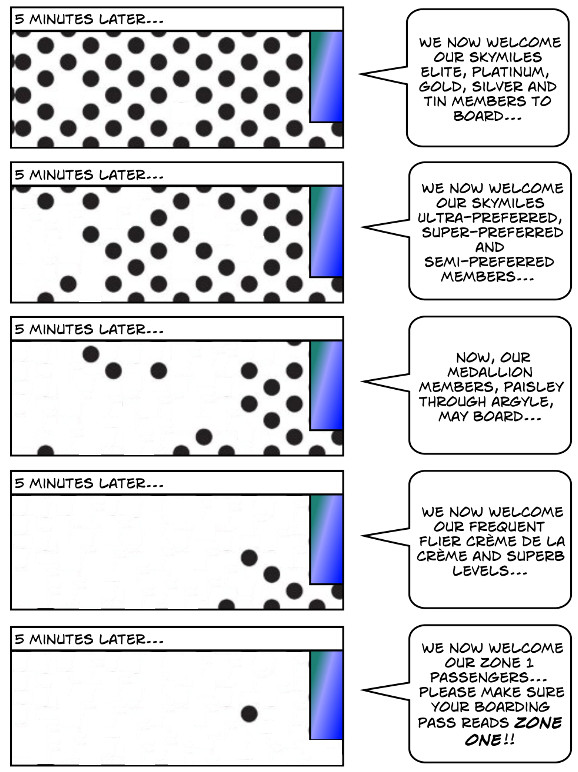 at 8:55 PM
Email ThisBlogThis!Share to TwitterShare to FacebookShare to Pinterest
Labels: Transportation, Water-cooler

That's wonderful! A succinct explanation for why I will never fly unless it's on some private jet - which ain't happening down on my level of the food chain.

There is NOTHING in this world I want to see badly enough to endure the process. Your 'graphical explanation' shows why they're called "airline TERMINALs. Icky poo.

Which sucks even more when you're Zone 2 like on the Delta flights I had to fly on recently. I think my planes had left and the greyhound had pulled up to the terminal by the time I got on.

Haven't flown Delta since 1978. They reall still in business?