When it was Attorney General Eric Holder running guns to Mexican crime syndicates, the Times was silent.

When he started a war on legal gun ownership, which is firmly embedded in the Constitution, the Times cheered. When Holder attempted to crack down on states that dared require identification to safeguard voting, the Times cheered.

When he was protecting rogue IRS agents and going after whistleblowers, the Times was silent.

And when he went after Arizona for getting tough on illegal aliens, the Times cheered. So that little history lesson makes the Editorial Board's issues with AG Jeff Sessions understandable. 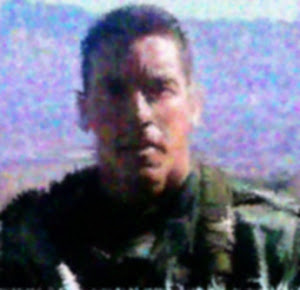 Jeff Session, Unleashed At The Border

Attorney General Jeff Sessions went to the border in Arizona on Tuesday and declared it a hellscape, a “ground zero” of death and violence where Americans must “take our stand” against a tide of evil flooding up from Mexico.

It was familiar Sessions-speak, about drug cartels and “transnational gangs” poisoning and raping and chopping off heads, things he said for years on the Senate floor as the gentleman from Alabama. But with a big difference: Now he controls the machinery of federal law enforcement, and his gonzo-apocalypto vision of immigration suddenly has force and weight behind it, from the officers and prosecutors and judges who answer to him.

When Mr. Sessions got to the part about the “criminal aliens and the coyotes and the document forgers” overthrowing our immigration system, the American flag behind him had clearly heard enough — it leaned back and fell over as if in a stupor. An agent rushed to rescue it, and stood there for the rest of the speech: a human flag stand and metaphor. A guy with a uniform and gun, wrapped in Old Glory, helping to give the Trump administration’s nativist policies a patriotic sheen.

Some might call “nativist” something different, namely, wanting to uphold existing law and protect the nation from unlawful foreign invasion, as is specifically mentioned in that pesky Constitution.

It was in the details of Mr. Sessions’s oratory that his game was exposed. He talked of cities and suburbs as immigrant-afflicted “war zones,” but the crackdown he seeks focuses overwhelmingly on nonviolent offenses, the document fraud and unauthorized entry and other misdeeds that implicate many people who fit no sane definition of brutal criminal or threat to the homeland.

OK, if I go and hack into the NY Times and take all their sources and see their emails, would the NY Times be cool with that? It’s not a violent crime, right? How about if I steal all the identities of the Editorial Board and end up destroying their lives? Hey, it’s non-violent? Or, if I get drunk and drive through their yards? Non-violent. You can bet they’d want to prosecute me to the fullest extent of the law.

What we are seeing here is the Times’ definition of who should be stopped and deported: only the most dangerous of dangerous. Anything less is a travesty in their minds, and those people should be given amnesty. Of course, we’ve seen time and time again that illegal aliens who had previously just committed minor crimes and been deported come back across the border and commit bigger crimes, like this one, who raped a 12 year old girl.

The problem with Mr. Sessions’s turbocharging of the Justice Department’s efforts against what he paints as machete-wielding “depravity” is how grossly it distorts the bigger picture. It reflects his long fixation — shared by his boss, President Trump — on immigration not as an often unruly, essentially salutary force in American history, but as a dire threat. It denies the existence of millions of people who are a force for good, economic mainstays and community assets, less prone to crime than the native-born — workers, parents, children, neighbors and, above all, human beings deserving of dignity and fair treatment under the law.

And each every one of them is unlawfully present in the United States. Unruly? If you are driving under the influence, you are putting other people in danger. If you steal and use identity information, you’re creating major problems of legal citizens.

Mr. Sessions is ordering his prosecutors to make immigration a priority, to consider prosecution in any case involving “transportation and harboring of aliens” and to consider felony charges for an extended menu of offenses, like trying to re-enter after deportation, “aggravated identity theft” and fraudulent marriage.

He said the government was now detaining every adult stopped at the border, and vowed to “surge” the supply of immigration judges, to increase the flow of unauthorized immigrants through the courts and out of the country. He has ordered all 94 United States attorney’s offices to designate “border security coordinators,” no matter how far from “ground zero” they are.

Mr. Kelly recently told a Senate committee that all unauthorized immigrants are now potential targets for arrest and deportation. And so an administration that talks about machete-waving narco killers is also busily trying to deport people like Maribel Trujillo-Diaz, of Fairfield, Ohio, the mother of four citizen children, who has no criminal record.

Interestingly, the final deportation order for Ms. Diaz was issued in 2014, when some other guy who the Times won’t mention was in office. That link includes this quote from an ICE spokesperson: “The courts have uniformly held that she has no legal basis to remain in the United States.” Imagine that.

Anyhow, I’d like to invite anyone unlawfully present in the United States to steal the identities of the members of the NY Times Editorial Board, camp on their lawns, and use their pools. According to the august body, these are not real crimes, so, there should be no problems.

I say it over and over all the time. Illegal alien crime is 100% preventable. No illegal aliens=No illegal alien crime. And it is not like the remaining "criminals in a a legal status are going to say to themselves, "hey the illegals are gone, more crime opportunities for us." The overall crime rate will drop big time.