We Must Protect Democrats by Voting Them Out of Office

Let us review what we have been told today. We could sum this up by saying that many Democrats today have been targeted by bombs.

But clearly America has become a very dangerous place for Democrats. What can we do to protect our Democrats? What can we do to help ensure the safety of our Democrat friends? It seems to me the best way to ensure their safety is to get them removed as often as possible from public life. And the most available way to over this assistance, the most immediate opportunity we have to offer this assistance will occur in just under two weeks, the midterm elections. 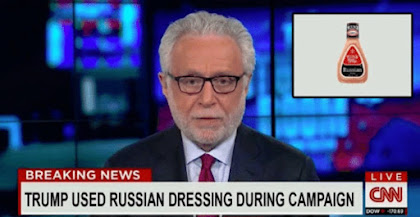 With Democrats under siege, Democrats under assault like this, it would only be responsible and compassionate to vote them out of office and remove them from the public sphere in which they exist and are for some reason being targeted here by people apparently sending them bombs. CNN, by the same token, has become, despite its tiny audience, apparently a very large outsized target. We have compassion for anybody who has received a bomb sent to them.

We would like to do everything possible to see to it that future bombs are not sent and that future bombs like those today don’t go off. And as I say, protecting Democrats our number one objective here. The best thing I think you can do if you’re worried about the safety of Democrats is simply vote them out of office. Remove them from daily public political circumstance where they can’t anger so many people. Just a public service.

And it is a heartfelt attempt to be compassionate and helpful. Time will go on, and we will learn who it is targeting these innocent Democrats. We will learn why these innocent Democrats were targeted. And probably whoever did it will be apprehended, and we will find out who they are, where they are, why they did it, who paid them, or if they were not paid. But the simple fact remains, Democrats in America are at risk. To save them, to protect them, vote against them. A public service announcement from me, your host, Rush Limbaugh, and the EIB Network.

Read more at The EIB Network.

My guess is the mad bomber is Barney Frank or El Cid.

As I thought. This is going to unravel.