The 10 Worst Car Names of All Times 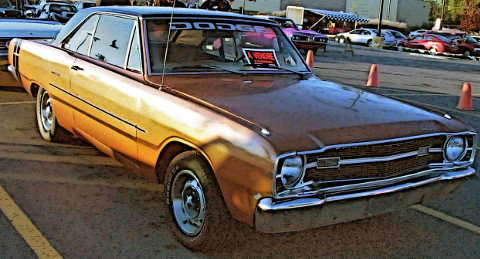 The Dodge Dart family's crème de la crème -- if you get my drift -- was the ill-named "Swinger", when such a term was synonymous with wife-swapping. Yankee pitchers Fritz Peterson and Mike Kekich became symbolic of the swinging generation and, by any measure, their mediocre baseball careers were rollicking successes compared to the Swinger automobile. Sadly, this wasn't even the worst-named Dodge vehicle of the era: marketers had originally intended to unveil their own version of Plymouth's abysmal Duster as "The Beaver" until someone familiar with teen slang slapped them upside their heads. 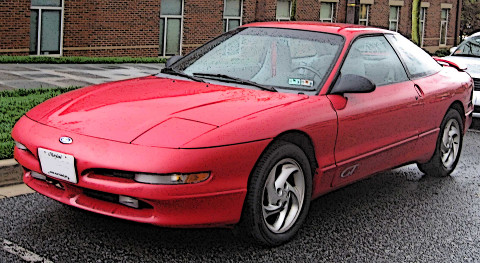 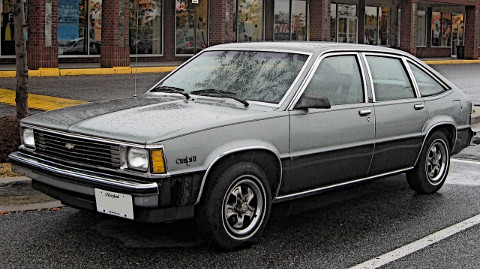 The citation you'd get for driving this car certainly wasn't for driving fast, given its legendarily feeble performance. No, the ticket you'd get from the cops is for really, realy bad taste in cars. 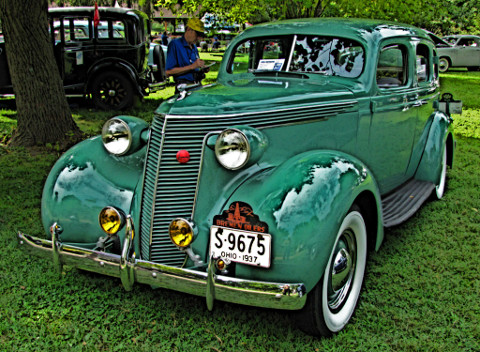 Mr. Peabody, dial the Wayback Machine to 1927, when the Studebaker Automobile Company's Marketing Department had a brainstorm! "Let's name our lowest-priced model 'The Dictator' because the Studebaker Hitler could be a trademark infringement!'"

Quick: what feature of the Eurosport reminds you of either "Europe" or "Sport"? The closest this rustbucket came to Europe is its shared reliability record with Yugos. Come to think of it, perhaps the YugoSport would have been a better name for this collosal failure. To my knowledge, the only people who ever drove Eurosports were those forced to do so at the airport rental car counter when it was, invariably, the last draft pick.

There may be some truth to the rumor that the model name refers to the number of trouble-free miles you could wring out of this gem.

The only "intrigue" related to this substandard attempt at transportation was whether it would start in the morning. 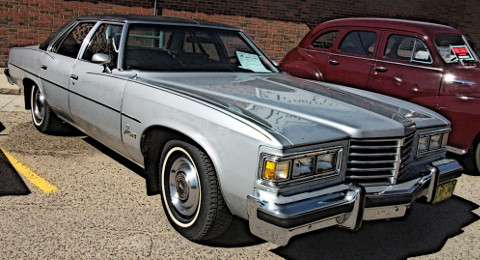 The reference to Paris must refer to Paris, Kentucky, because this hulking failure was as far from a sophisticated French Parisian as the Sun is from Pluto. 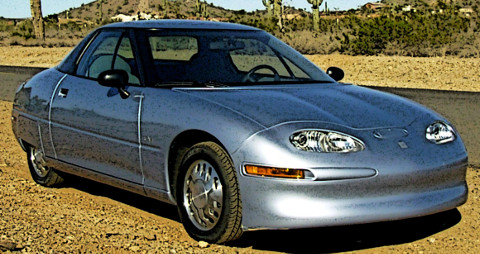 Long before its Chevrolet Volt, GM envisioned a prototype electric vehicle called the Impact. Naming a vehicle after a collision? That's a bold strategy, Cotton. 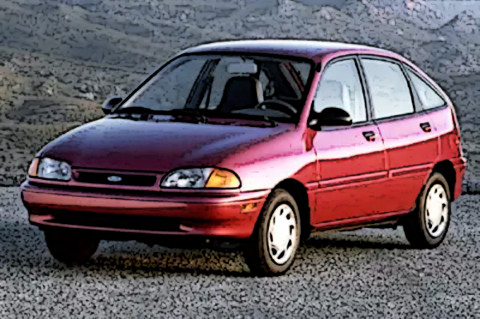 With its blistering 16-second 0-to-60 performance, the only thing its driver aspired for was a real car.

Did I miss any? Add your suggestions to our master list in the comments.

at 7:14 PM
Email ThisBlogThis!Share to TwitterShare to FacebookShare to Pinterest
Labels: Autos, Water-cooler

I drove an Aspire I got as a loaner while my T-bird was in the shop. IIRC, it was a 3-banger. I figured it 'Aspired to be a real car.

Chevy Nova in Mexico (Nova = No Go in Spanish).

I started in car sales at a Ford lot. We had Aspires and referred to them as perspires as that was what you'd co if you had one. They also drained their little batteries in less than 2 weeks so we had to go out and run them on a schedule. I had to dig up a positive about it for the team walkaround and found that, in its class, it could hold more cases of longnecks than anything else. That was IT!

The eurosports were a subset of the citations. I called them the BIC lighter of cars, buy em cheap, run them till the wheels fell off, throw them away without guilt. I had 8 of them that collectively lasted 20 years.

Mercury Mystique. The only mystique associated with it why why it Aspired to be better than the Ford.

I always thought the Charade was pretty goofy. Don't even know who made it. Or why.

I'm not sure I'd include the Dictator. 1927 was a very different time and no one even knew who Hitler was yet. I don't think the word Dictator had the sort of negative connotations then that it does now, more like naming a car 'King' or 'Price.' While it wouldn't be a good name now, I don't know that it should be on this list unless there is evidence that it wasn't a good name then.

I've always thought the Ford Probe was the worst name. The Nissan Armada is a close second. Every time I see an Armada it makes me think about a fleet of Spanish ships getting their butts kicked.

When exported to Spanish-speaking countries it becomes "No Va", or "no go".

I had a Dodge Aspen. People kept asking me " How's your Aspen."

Honda Odyssey. Named for a disaster. 400 men in 20 ships go on a six week voyage. One man survives and it takes him ten years after great hardship. Not what I'm looking for in transportation. Next is the Honda Titanic.

What about the Ford Escort, with its grittier Spanish cousin, the Mazda LaPuta (the "whore").

I have fond memories of the Volkswagen Thing.

How about the Dodge Viper? It sounds like someone is throwing snakes at you and you have to get out of the way.

Intrigue was an excellent car, and saying it won't start is absurd.
It could outperform some of the v8s with its Northstar derived engine.

Some forty years ago, the CEO of a Japanese auto maker demanded that their new black limo be named the "Minister".

"Yaris". I imagine the name was due to a bet between a couple of Toyota and GM sales executives. Said the Toyota exec, "A thousand bucks says we could name a car something like 'Your Ass' and it's sales would still kick you guys' butts." "You're on," replied the GM exec, now $1,000 poorer.

The FIT.
It doesn't fit anything.

Ford Taurus. Why would you name your car after a cow? Why not just go all the way and call it the Ford Betsy?

You left out Chevy Sprint. With its three-cylinder engine, that was the last thing it was capable of doing.

The Nissan Cedric takes a lot of beating but the Nissan Sunny excellent came close. And in vans, Toyota's Emina Estima usually gets referred to as the Enima Estima.

Triumph Acclaim, which in German, is Seig Heil.

Maybe not top 10, but the Suzuki Esteem is a contender IMHO. Really, you buy that car to improve your esteem?

The Thing was a great name. The Thing is unique and cool.

Yaris was an *AWFUL* name. Why Toyota didn't just stick with the Tercel name for their US subcompact car, I don't know.

The Charade was by Daihatsu. It was a tiny subcompact sold from 1988-92 in the US. I had a friend with one, and four of us drove from Los Angeles to Phoenix and back with a bunch of camping gear. I have no idea how we did it -- must of bent time and space. "Three cylinders of fury."

Suzuki Esteem. Oxymoron of the century...

Smart Car. Appealing to the intellectual pretensions of its target market, I suppose....