If the New Democratic Party was smart, it would do what the old Democratic Party did long ago: always sound centrist if not conservative in the last weeks of a campaign, get elected, then revert to form and pursue a left-wing agenda for a year or two—and then repeat the chameleon cycle every two to four years.

But although many Democrats in Trump states still dance the old bipartisan two-step, lots of blinkered progressive wolves don’t even bother to put on the sheep’s clothing.

Evidently, the new progressive and radical Democratic Party is far more honest—or perhaps far more hubristic—than in the past. So what now looks and sounds like a wolf is a wolf. Democrats have learned nothing and forgotten nothing from 2016. Or rather, they still believe it is 2008 all over again, with a host of wannabe Obamas on the 2020 horizon, all appealing to identity politics, Maenad feminism, and neo-socialism. The hipster theory is that 30 percent of the present electorate will always vote en masse for unapologetic progressives, and that bloc number, due to changing demography and persuasive street theatrics, soon will grow to 50 percent of all voters.

More to the point, the strategy of hating Trump 24/7 and fueling the 90 percent negative media coverage of the president had seemed to be a winning hand—given that Trump has usually below 45 percent approval in most polls, and pundits promised a huge blue wave neutering what certainly would be Trump’s last two years in the White House.

Yet the result of a progressive wolf baying proudly like a left-wing wolf is that as we head to the 2018 midterm, progressives may soon blow what should be, by history’s analytics, a big win for the out party in any president’s first term. 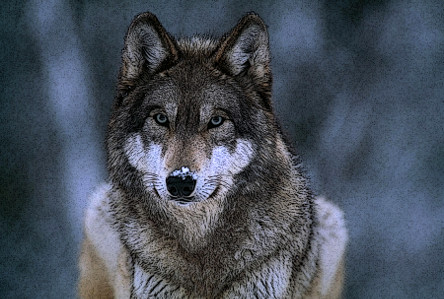 As the economy kept booming and things overseas calmed down, the Democrats found it harder to run a campaign strictly against either the ogre or the incompetent Trump. So they stayed on the offensive and did not bother to hide their agendas of open borders, “Medicare for All,” abolishing ICE, identity politics quotas, radical feminism, abortion on demand, and climate change hysterias. And they were quite lupine in their sincerity even as the public insidiously began to tune them out.

The first disaster was disrupting senate confirmation hearings, on the part of both senators and paid operatives in the gallery. Hysterics by Senators Cory “Spartacus,” Kamala Harris, and Richard Blumenthal soon gave the impression that Democratic stalwarts were unhinged.

After all, somehow the Democrats had managed all at once to 1) lose the vote on Kavanaugh; 2) to ensure that the Bushite Kavanaugh likely would become so radicalized by the horrific treatment meted out that he would not follow the usual David Souter liberalizing trajectory, 3) unite Republicans and more or less end the Never Trump factionalism, 4) go on record of opposing due process of law and rejecting the entire political and cultural tradition of American jurisprudence, and 5) so discredit their opposition to a court nominee, that next time around everything they do and say about a nominee will be seen as mere go-through-the-motions leftist boilerplate.

The second disaster was condoning and indeed empowering street thuggery. Cory Booker, Hillary Clinton, and Eric Holder went full Maxine Waters in parroting the new incivility and seemed to think most Americans enjoy pampered protestors getting in the faces of their opponents to scream, yell, and in general go berserk. It is never a wise thing to be in alliance with young Bacchants shrieking as they scratch the closed doors of the Supreme Court or rude young activists swarming someone at a restaurant and screaming obscenities in a nasal voice.

Most Americans wondered, what in the world would the frenzied anti-Kavanaugh protestors have done if they had broken down the court doors and plunged into the swearing-in ceremony: scratch Mrs. Kavanaugh and the two Kavanaugh girls, or rip apart Brett Kavanaugh as if he were a young King Pentheus? Progressives seem to think it is cool that the street mobs are now the paramilitary wing of their own party.

Immolated by Identity Politics
A third mishap was senator Elizabeth Warren’s amazingly stupid ploy of releasing her DNA ancestry test before the midterms. The Massachusetts Democrat somehow adduced that a person with about a 1 percent likelihood of being an indigenous person (more likely from Central and South America than from the American plains) somehow was proof of her long-feigned minority status. That Warren worked in cahoots with newspapers to massage the gambit, as refutation of Donald Trump’s “Pocahontas” ribbing, backfired when it took the media two retractions to get down the basic math of Warren’s infinitesimally tiny Indian bloodlines.

The reaction was obvious: if someone can cajole a minority billet for careerist purposes based on a 1-percent ancestry, then every American can be anything he wishes. And when everyone is everything, then no one is anything—and the racial basis for diversity set-asides is dead.

In Warren’s logic, how can the average African-American be authentically black with an average white pedigree 25 times greater than her own Indian heritage that she used to authenticate her status as a “person of color” academic? And how weird it is that Warren identifies with the 1 percent of her ancestry, rather than the 99 percent of other various tribes and races—and then claims that she does so not necessarily for any careerist advantages when such advantages are well established.

The timing was even worse, as Boston was also the contemporaneous scene of a landmark lawsuit lodged by Asian groups against Harvard University’s disingenuous racial restrictionist admission policies. Harvard, every bit as intellectually dishonest as Warren, conjured up all sort of personality and character issues to stereotype and demonize Asian applicants for admission, as a way of nullifying their academic records of achievement and thereby reducing their percentages of racial spoils in order to help more “diverse” Hispanics and blacks.

So what will Harvard now do, subpoena its own esteemed law professor Elizabeth Warren to lecture jurors about how minorities like herself would lose out when there are too many Asians? At some point on the horizon, voters are going to conclude that the diversity monster is devouring itself and making a mockery of common sense. The difference between Elizabeth Warren and Ward Churchill is only that the latter at least more honestly perpetuated his dishonesty by adding an indigenous people’s costume to his fraud.

Following a Clichéd Script
A fourth forced error was the illegal immigration “caravan” now butting up against the Mexican border. We saw last summer how identity politics activists and progressive operatives colluded with counterparts south of the border to stage entries, in which the media portrayed illegal crossers as victims of a cruel Immigration and Customs Enforcement (ICE) that gratuitously separates families. It worked in the sense of dropping Trump’s polls a few points.

But that script is worn by now, even though it was timed on the eve of the midterms. The idea that major Democrats would be calling for the abolition of ICE as thousands of illegal entrants near the border is surreal. This time around, most Americans will shrug that Trump really is right and that a wall will not only keep illegal crossers out, but do so in a way that does not separate families. That is, non-U.S. citizens can do whatever they like in organizing their family structures and relationships, but on their side of the border.

In a nation with over 20 million illegal aliens, and when caravans approach of would-be border crashers, abolishing ICE is not a winning idea. And the Democrat weaponizing of the #MeToo movement to target conservatives and exempt liberals (given that too many of the progressives’ best and brightest in the past had been sidelined as collateral damage) more or less discredited both parties to the transaction.

Despite these recent self-inflicted wounds, the new Socialist-Democratic party has an uphill battle anyway, even in taking advantage of the historical opportunities for an out-party during a president’s first midterm. It has to convince Americans that at a time of record national debt, it is easy to embrace a $20 trillion entitlement such as “Medicare for All”—which would force those, who waited a lifetime to receive their Medicare cards, instead to deal with rationed care, and thereby eventually a likely call by a bankrupt government for enhanced hospice and perhaps euthanasia to unplug the bottleneck of the elderly who would get in the way of younger Medicare holders.

But give progressive wolves credit. Unlike liberals, they are as they talk and act. They are at least proud of their agendas of remaking America in their own image—and in the last few weeks that image is appearing a veritable nightmare.