Federal Bureau of Investigation Director Chris Wray should hang his head in shame. At a time when he should be restoring the FBI’s reputation after Jim Comey, Andrew McCabe, Peter Strzok and others tarnished its image as our country’s premier law enforcement agency, he allowed 29 gun slinging agents to make a predawn arrest of former Trump advisor Roger Stone.

Stone is not a drug dealer, nor is he a terrorist. Stone is charged with obstruction of justice and making false statements to the special counsel. Significantly, the alleged false statements specified in the indictment were about conduct, which, if admitted, was not criminal.

I prosecuted drug dealers. I never sent more than a handful of agents to arrest them, and these were were gun toting, vicious dudes. Stone does not own a gun nor does he even have a license to do so.

I supervised the prosecution and, thus, the capture of foreign terrorists. The FBI never sent 29 agents to capture even the most dangerous.

Department of Justice protocol for non-violent defendants with no flight risk is to contact defense counsel and arrange a time to appear in federal court for arraignment. Stone has claimed for months that he was about to be indicted. Yet, he did not flee. He has stated that his passport is expired. The judge did not find Stone a flight risk, releasing him on his own signature. 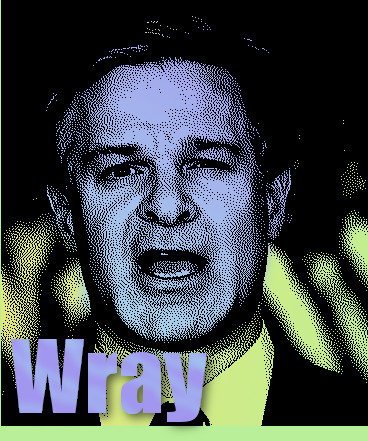 The reason for not sending armed agents unnecessarily into an arrest situation is the possibility of danger to law enforcement, the defendant, and family members. Stone’s deaf wife was still in bed at 6:00 a.m. when the agents barked “Open up. It’s the FBI.” The announcement is intended to alert people inside not to fight and to voluntarily open the door. But Stone’s wife would have had no idea what was happening. Are we to believe that after over a year of tracking Stone’s every move and reading all his correspondence, Mueller’s henchmen did not know this fact?

Worse, someone with the FBI or Mueller’s team dropped a dime on CNN, which sent a reporter who falsely claimed he was only there because of “reporter’s instinct.” The presence of the press was intended to send a message: “If you cross Mueller, you will be publicly humiliated.”

On Thursday, Wray denounced the partial government shutdown by posting on the FBI website that “It takes a lot to get me angry, but I’m about as angry as I have been in a long, long time.” It is time for him to get angry about how Mueller’s team used the FBI. He can start by investigating who got CNN to the arrest scene.

Victoria Toensing served as deputy assistant attorney general in the Criminal Division of the U.S. Justice Department from 1984-1988, where she established the department’s Terrorism Unit. She is founding partner of the Washington, D.C. law firm  diGenova & Toensing, LLP.

Tyranny, plain and simple. How long are we going to put up with this attempt to overthrow the President of the United States?

The FBI has become a joke. I do not understand why Pres. Trump continues to put deep state jokers in office.


Time to get rid of the Deep State label. These are Obama's KGB in operation.

I am disgusted at Wray's outburst of being ever so mad. If he is not willing to address the lawlessness in the FBI, then Trump was sold a bill of goods when he appointed Wray. I am glad that he is mad: I have been mad for 2 years now.

One would think that the FBI agents themselves would be embarassed at being used to bully an old unarmed man.

Ever since his appointment he has been hiding under his desk, watching the rounds
fly over his head. He has done NOTHING to reform any of the "issues" that have
been exposed over the last 2+ years.

Then Friday he comes out with a "rant" to his agency, against the Administration
about the shutdown. Mostly missed only because of the Roger Stone arrest. Which was a disgrace.

This A$$clown is about as "Deep State" as they come. Come on POTUS fire him already!

I am disgusted at Wray's outburst of being ever so mad. If he is not willing to address the lawlessness in the FBI, then Trump was sold a bill of goods when he appointed Wray. I am glad that he is mad: I have been mad for 2 years now.
8:33 PM

I completely agree. He's not upset about the rotten performance of those under him, but he's ever so angry about something that isn't any of his supervisory concern. What a pathetic little man. I think someone told him to get upset. "Bark, CW!" "Now lie to Congress." "That's a good little mutt."

He's not a leader. He's a follower.