CRUSH THE COUP: Break Up the FBI

If you’re not the first lady, being alone in the Oval Office with the president of the United States is a rare occurrence. Even visiting heads of state will be accompanied by an interpreter, or an official notetaker, when they meet privately with the most powerful man in the world.

So I will never forget the day, in June 2017, when I found myself in front of the Resolute Desk, with just President Donald Trump in the room with me.

I was there for something that pertained to my job as strategist to the president—if memory serves, it was to discuss our plan to undo the 44th president’s disastrous Iran Deal—when the topic of Russia came up.

Suddenly the president stopped, looked at me, and said: “They will find nothing because there is nothing.”

Since he shared that declaration with me, good men like General Mike Flynn have been charged with process crimes, shady characters like Paul Manafort have been convicted of wire fraud, and young men such as George Papadopoulos have served time in federal prison as a result of their foolish self-aggrandizing. Yet, none of the charges made or convictions brought by Special Counsel Robert Mueller have linked the activities of the Trump campaign with the Kremlin, which of course, was Mueller’s mandate. 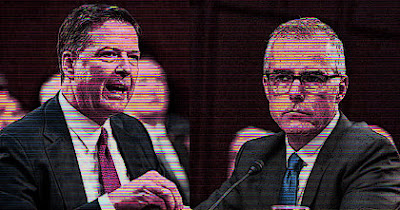 Two years later, at a reported cost of well over $25 million, not one charge or conviction has proven the original allegation of “Russian collusion.” At any other time, this would have led otherwise reasonable people to say: Enough! Time for Mueller and his team—a dozen of whom are registered Democrat donors—to close shop and for the former FBI director to end what President Trump justifiably has called a “witch hunt.”

Instead, the Left, and the Left’s domesticated media, have escalated their attacks.

Monday, as the president was preparing to board Marine One on the North Lawn, Kristen Welker, a member of the White House Press Corps working for NBC, actually asked him whether he is working for Russia.

This following a New York Times story, in which we learned that the FBI’s leadership initiated an investigation into the president after he fired James Comey, positing that he was, in fact, an agent of the Kremlin.

President Trump was right to call Welker’s question disgraceful. But we must go further.

First, there is the issue of facts. After two years in which Donald Trump as president has raised the defense budget, sent anti-tank missiles to the government of Ukraine, scolded NATO nations for not taking the threat from Russia seriously and encouraging them to keep their commitments to the alliance, as well as authorizing the killing of more than 200 Russian paramilitary “contractors” in Syria. How can any sane person who values the truth—and her own professional integrity as a journalist—even ask such a ridiculous and surreal question?

But there is an even more serious question, one that raises the specter of sedition at the highest levels of our republic.

As former federal prosecutor Andrew McCarthy noted on my show, “America First,” the FBI is part of the executive branch and its mandate to execute counterintelligence investigations serves one person and one person alone: the incumbent president.

McCarthy, remember, helped put the mastermind of the first World Trade Center attack, Omar Abdel Rahman (the Blind Sheik), behind bars. As he has written time and again, counterintelligence operations are not exercises in evidence gathering designed to lead to a prosecution of a crime in a federal court. They are instead secret activities designed to provide the chief executive with information on what enemy nations or inimical non-state actors are doing to the country so that the president can direct responses to the threat, be it from Soviet agents during the Cold War, or ISIS terrorists here in America today.

Instead, a rogue FBI decided unilaterally to investigate the newly elected president in order to undermine him—rather than serve the elected official who bears ultimate responsibility for the safety of all Americans. Never before in our history has this happened.

The FBI has had problems since the days of J. Edgar Hoover. But never has the seventh floor of FBI Headquarters decided by itself to launch a clandestine operation to target a newly elected president under the cover of working for an alien power simply because they wanted political revenge for their candidate losing an election. Yet this is exactly what happened. Instead of being horrified, the establishment perpetuates the outré assertions day in and day out to further weaken the president.

So what is to be done?

Given the last two years of continued assaults against President Trump by Mueller and Obama-holdovers such as Deputy Attorney General Rod Rosenstein, the confirmation of a new attorney general might not be enough.

There may be one solution that preserves the patriotic agents who are protecting the nation while helping drain the Beltway swamp: dissolve the FBI, fire all the senior political operators still in the Hoover Building, and make the 56 FBI field offices across the nation—where the real agents work—the counterterrorism, counterintelligence, and criminal investigations division of the Department of Homeland Security.

This way we may prevent the next palace coup.

Note: This idea of the "counterintelligence operation" starting when he fired comey is repeated seriously, although we know they started "wiretapping" Trump tower during the campaign, before he was elected? And we're just supposed to forget that now?

We also see this growing, this "investigate the person, not the deed," as Mad Maine announced today that she will investigate Mick Mulvaney. For what? Nothing. She just doesn't like him.

The "Russian spy" story, being presented not only as timely but new, is a retread. They accused him of this during his first six months. Guess we're just supposed to forget that, too.

Barr will do nothing. He is a friend of mule-er -- that means deep in the swamp. The one thing I cannot figure is why, oh why, does DT keep appointing swamp creatures?

I'd go further by removing various federal crimes from their jurisdiction and farming them out to either existing agencies or new independent ones. Finally a prosecution of all involved in the many crimes, evasions, and half truths of the FBI and DOJ must be persued to the furthest extent of the law lest this happen again.

We need neither praetorians nor caudillos in this republic.

Another mark for the Obama Legacy. Destroying one of the worlds premier Law Enforcement Agencies by turning it into a political weapon.
Thanks Obama.

Yes, it's true those in the FBI, the DoJ, the CIA and the Dem Party are out for revenge on Donald Trump for winning an election that was supposed to be won by Hillary Clinton. BUT, there is a far more important and crucial reason all of these players are making such an unprecedented, even panicked, effort to oust Trump. It's not merely that they are pissed off that their candidate didn't win. With Hillary's win, they were all assured of staying out of prison. By fighting Pres. Trump, they are literally fighting for their lives and their freedom. Had Hillary won, it would have been business as usual, and no one, including regular Americans, would have known any of this had gone on and was still going on. They know with Donald Trump in the WH, at best their reputations and careers will be ruined; at worst, their days of freedom, and for some their days of living, are numbered. Since they failed to install their savior, Hillary, in the WH, this is what is driving their frenzied attempts at overturning the 2016 election.

Without a rope nothing changes.

It is not the name of the agency that is the problem. Change the name from FBI to DHS, or U.S. Marshalls, doesn't change the corruptable individual within an agency. Do away with the FBI, and the next time it will be the DHS, or CIA, or DIA or PTA.

@anon 9:45, that's a damn fair point and one I also had a hidden concern about.

It's an interesting conundrum as it pertains to separation of powers. If only the Executive Branch can initiate, investigate, and prosecute -- and they are corrupt -- who can check them?

You are right. It is about self preservation of themselves and it goes all the way to the top. Barack Obama. Obama, Emanuel, Podesta, and Holder brought the dirty Chicago political schemes to DC.