ASK AN IMPORTANT QUESTION: who actually brought Paul Manafort into the Trump campaign?

By Roscoe B. Davis

Where has Manafort primarily worked, making piles of cash?

And which country was it that was pushing to get Clinton elected?

Hear me out a minute.

All this time we've been led to believe that the Trump DOJ was trying to get Manafort to flip on Trump. Think about that for a minute. Some will say: oh, wait, that's the special counsel. Yes, but it's still the DOJ. That report went to the DOJ.

But Manafort wasn't really in Trump's orbit, other than serving as his campaign manager for a couple of months. But who has Manafort been connected to for years (decades?) besides the Swamp in general? Podesta, Clinton, Ukraine...

Oh. Exiled Russian mobsters, some of the world's largest money-washers on the planet. With that being known, all you heard 24/7 for two years is how Manafort was being squeezed to flip on the President by... Trump's DOJ. Hmmm, really? 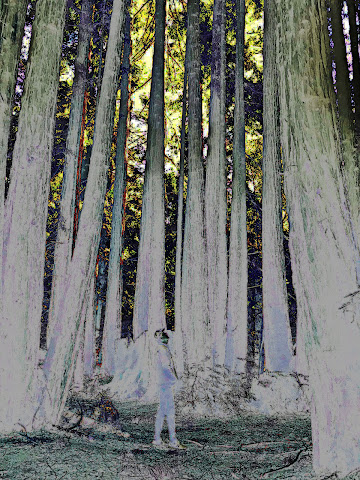 You are running for President, you got the funding, you have your own elite private security, and you know that the hottest commodity in Manhattan is information.

You employed people like Erik Prince, and you have had contacts for decades like John Ashcroft and Rudy Giuliani. You were the host to all of these swampy democrats in Manhattan for years, raised piles of money for them, went to each others weddings, had Hollywood connections, you name it.

You've been in those rooms and parties for years, and you've been stone sober when all the others were high as a kite on whatever and running their traps. You have a mind like a steel trap.

You're getting older and wiser, and then you see a drastic shift in the country, and you know what a financial disaster looks like going over the cliff. You watch all those a**holes on Wall Street get bailed out and emerge whole and barely scarred.

Meanwhile, the blue collar backbone of America loses everything.

You take a hit of your own because of real estate devaluation and commercial developments take a hit and no one bails them out. Auto industry gets a bail out and they send jobs overseas as a thank you note.

You've had enough, and you do what people have been literally begging you to do for decades. You put your chips in the middle and say deal the cards. You take on the machine of all machines and win, and you know where all the bodies are buried.

You find out they were doing everything to trying and stack the deck against you, and you still win.

They then panic because they know you know. They know you are know sitting where only 43 other men have ever sat in history.

So tell me again, are we sure Trump's DOJ was squeezing Manafort for dirt on Trump? Manafort knows a hell of a lot more on others than Trump. The swamp has run spies at Trump from all directions and wiretapped everybody two-stepping all over Manhattan.

But it's not so fun when the rabbit's got the gun. And they are more desperate now than anytime before in our history. You hold all the cards and it's time to pay up.

Had some of them took the beating, you know, simply faded off into the sunset, just like the deal you were offered at 3AM on November 9, 2016 from the ballroom at the Hilton in Midtown Manhattan.

Remember? Chants of “lock her up” went up in the hall throughout the night. And how did you respond? With grace and solicitude.

"Hillary has worked very long and very hard over a long period of time, and we owe her a major debt of gratitude for her service to our country. I mean that very sincerely."

But that wasn't good enough for them and they came after you and your family, and they tried everything under the sun and couldn't make it happen.

Well it's a new deal now. You've delivered everything you said you would and the future looks bright.

You've assembled your team and got the system replenished with good people on the Judicial Branch, You have cleaned out the Executive Branch pretty much -- oh, maybe a few left to smoke out -- but their days are numbered.

It's time to go to work on the other branch and get this infernal swamp drained. You put yourself out there to craw out all the swamp creatures, to take the bait, to pull out all stops to stop you, to break every law in the book.

And now you just start applying the laws they wrote against them, because they knew when they were in charge none of that applied to them.

Hey, guess what? Different deal now, because it all applies. Everything from jay-walking on up will be enforced.

Sell our secrets to China? Go to jail.

You name it, get ready they are going to enforce the law.

You very well could get the swamp pinned down so badly that they finish out your legacy. They build that wall, clean up K Street -- and Wall Street, for that matter. They put lobbyists out of business and lower the overall cost of doing business in this country.

Does anyone think that the consumer doesn't feel the expense of paying high-priced lobbyists to buy off high-priced politicians?

Cut out that cancer and consumer costs drop bigly and business still makes money and flourishes. Politicians quit coming to DC just to make $20 million or $40 million or $100 million (looking at you, Pelosi).

Russia is just an excuse for the left to pitch a fit and fight to keep their gravy train intact.

Is Russia an adversary? Sure, they are but so is China and Pakistan. Iran is pure evil, and Cuba is a wannabe.

Clean up the money, the rest will follow. Being evil costs money.

I'm fairly certain we are going to be amazed just how many CHS ("confidential human source") assets were deployed on this deal. Trump has let it be known once it's all out "we won't believe what we are seeing, a lot of bad people did a lot of bad things".

How much are you willing to bet Mifsud was a CHS too? I'd wager an audit of certain division in DOD -- the Office of Net Assessment, the one used to pay Halper hundreds of thousands of dollars -- will show some payments to Link Campus and/or Mifsud.

FBI agent Jonaathan Moffa was asked, "How many CHSs did you have working on this investigation at the time?"

After getting the nod from DOJ counsel Moffa said "Okay, so I legitimately do not know the total number of CHSs... That's an operational-side decision, but I also don't want to imply to you that I'm 'not' aware of any CHSs, right? So that's what we were just talking about. But I legitimately can't tell you the overall number that are engaged. I just don't know it."

So we aren't talking one or two. He could have then answered easily. Even three or four, but it sounds to me like to me they had a whole rugby team out there. Between actual assets and contractors and DNC operatives, it was a swarm around Trump's campaign.

Poor James Comey has lost his mind. Maybe he's working on an insanity plea, but he can't get out of this because of the Page/Strzok texts discussing briefing Comey before various White House meetings.

Because Obama "was running this now" and wanted to know "everything we are doing."

Oh. Also, consider the reference to preparing Obama for a meeting with Putin in early September 2016.

The FBI director can't be unaware of what is going into the PDB ("Presidential Daily Brief") and any specialized briefing given by the FBI.

Yes, Mr. Comey, the FBI director is right in the middle of all of that; is an integral step in the process; and it falls under his direct responsibility. You may farm out menial tasks to underlings, but you can't do that with letting the White House know what was going on.

As soon as the DOJ Inspector General, Mr. Huber, and Attorney General Barr have reported on the results of their investigations, Barr must see that ALL of the people who participated in SPYGATE are prosecuted and given the harshest possible sentences so that no American will be willing to participate in such a traitorous plot in the future. Even the lower level Government employees who participated must be punished for the role they played.

What they did was nothing short of Treason. They tried to overthrow a duly elected Government.

They're gonna use the burning rope trick. Start at the bottom and work their way up. By the time they get to Comey every one will be ready to out the Conspirator-in-Chief.

It doesn't matter. Not one person involved in the deep state soft coup will ever be indicted as long as the left controls the media. These things only get dealt with as a result of public outrage. The left controls that.....so.....pissing in the wind.

Hope you're wrong and some deep state big names do end up paying for their crimes. If they aren't held to account, despite the media, then it will happen again. And remember, the media was 100% against Trump, and he won.

He can have more prime time announcements directly to the American people and the media will not be able to control that narrative. His ratings are good despite the ongoing negative press.

You never told me who brought Manafort into Trump campaign which was the question you posited in the headline!

Cancel, It's vague, but it seems to me that Mr. Davis is hinting that Candidate Trump got Manafort to come into his campaign to get information on the other side, and that put Manafort (jailed by Mueller, in solitary, no less) in position to give information to the DoJ... at least that's my guess.