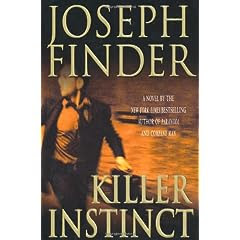 Entronics salesman Jason Steadman is struggling. His career and his marriage are both suffering, the former because of lethargic sales of plasma displays and the latter due to a serious case of envy. His sister-in-law's mega-successful Hollywood lifestyle stands in direct contrast to his low-key livelihood.

All that changes one fateful day when he runs his Acura off the road. Steadman isn't hurt. But -- ever the consummate small-talk artist -- he strikes up a conversation with the tow-truck driver who happens to show up. The driver, Kurt Semko, is an interesting fellow. He made it to the minor leagues as a pitcher and later served in the special forces in Iraq. A dishonorable discharge ended his military career, ostensibly because of a disagreement with superior officers.

Steadman, a baseball junkie, recognizes that Semko might fit the bill as a ringer for the company softball team. In addition, he figures that Semko's background would be a good fit for corporate security. With Steadman's strong recommendation, Semko becomes a fixture at the company, on the softball field, and as a personal friend to the salesman.

Soon, Steadman and Semko are working out together and sharing personal experiences. Steadman voices his concerns about other salesmen, cheating competitors, and incompetent management. And, it turns out, Semko listens. Before long, Steadman's rival for the top sales position botches a major customer opportunity with a faulty plasma display. And a competitor's shipment of displays to another large customer has a rather stunning failure rate: 100%, which results in a major sale for Steadman.

Before long, Steadman is moving up the corporate ladder while gradually realizing that Semko is orchestrating the ascent through nefarious means. Recognizing that Semko's behavior is increasingly psychotic, Steadman decides something's got to be done. And that's when things get truly ugly as Semko lives up to his motto -- "Never a better friend, never a worse enemy."

Finder's work is exceptional; his easygoing writing style is a perfect match for a white-collar thriller. Don't expect to get any sleep after you get started with this one. It really is like reading a movie.
at 8:54 PM
Email ThisBlogThis!Share to TwitterShare to FacebookShare to Pinterest