This just keeps getting better and better 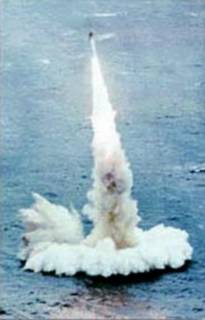 The hits just keep on coming:

>The IAEA voted to report Iran to the Security Council because of its obvious (even to the geniuses at the UN) attempts to craft nuclear warheads.

>Iran's president Ahmafrickingnuts Ahmadinejad ordered the resumption of uranium enrichment and an end to UN inspections. And there are reports that Iran tested a long-range surface-to-surface missile in January... capable of travelling in excess of 1200 miles.

Victor Davis Hanson lifts off to 35,000 feet to provide some much-needed perspective (don't expect the rocket scientists at the Associated Press to figure out that a true historical and geographic analysis is required in this day and age):

Victor Davis Hanson: Three pillars of wisdom
at 9:30 AM
Email ThisBlogThis!Share to TwitterShare to FacebookShare to Pinterest