Today's headlines from the Associated Press 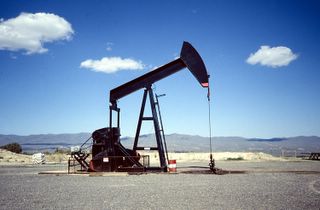 Ho hum. Reading the newspaper this morning. Here's a front-page story from the Associated Press:

What? You say that headline's highly misleading? Really? You say the Department of Homeland Security has complete responsibility for FEMA? And that a national plan was in place last year for coordinating federal, state, and local disaster response? Oh.

What's that? You say that headline's misleading, too? You say global demand for oil is way up because of China, India and other countries? And that the simple law of supply-and-demand dictates higher prices?

But what about having more refineries and more exploration and drilling, so we can reduce our demand for Middle Eastern oil?

Seriously? You say Maria Cantwell (D-WA) has demanded investigations into why we're not building more refineries? But she also is restricting refineries in her home state? Oh.

'Scuse me? And Byron Dorgan (D-ND) wants to give tax breaks to companies that invest in new energy production? But he opposes opening up ANWR and the Outer Continental Shelf to exploration? Oh.

Huh? You say it's a good thing that American investors are profiting from XOM and its competitors? You say lots of mutual funds hold XOM? And my mutual funds may have gone up this year -- along with millions of other investors -- because of their profits? Oh. Okay. Maybe I should buy more energy mutual funds and profit along with the rest of the shareholders. I guess that's what free markets mean.

What's that? You say the cuts represent 0.4 percent over five years? And that our entitlement spending (social security, Medicare, Medicaid...) is projected to consume 62% of the federal budget within a decade if left unchecked?

And you say that the House Democrats voted -- in nearly a straight party line -- against even these miniscule spending measures?

For some reason that reminds me of the Associated Press.

Can't quite put my finger on it, though.
at 6:24 AM
Email ThisBlogThis!Share to TwitterShare to FacebookShare to Pinterest