I told you a month ago, six weeks ago, two months ago when we were talking about the midterm elections in November, and the Democrats were out there going on and on and on about their blue wave. By the way, has that kind of blown up now? But you remember when I said that, in my humble opinion, the events that are gonna shape the election in November haven’t even happened yet?

This is the kind of thing that I was exactly talking about. The Supreme Court rulings this week, the upset of an insider, lifelong Democrat by the name of Joe Crowley by an abject 28-year-old outsider, who is an inexperienced communist, for all intents and purposes, in New York that has shaken the Democrat Party.

There are two things today that have blown the Democrat Party to the Soyuz space capsule on the way to the international station. Joe Crowley losing his election. This guy was next in line to be speaker behind Nancy Pelosi. This guy never thought he would ever lose. He hasn’t been primaried in 14 years. And a veritable Bernie Sanders communist, a 28-year-old woman comes out of nowhere promising veritable socialism and communism and wins going away.

This guy’s polling data had him winning by 35%. The Democrats are running around today saying, “No, no, no. We haven’t become a Socialist Party.” This is the biggest joke. They have become a Socialist Party. They have become radicalized. And it’s not happened recently. It happened with the election of Barack Hussein Obama. But the old line Democrats who still think that they’re mainstream Democrats and not radicalized despite their radical utterances and policies, are beside themselves today. 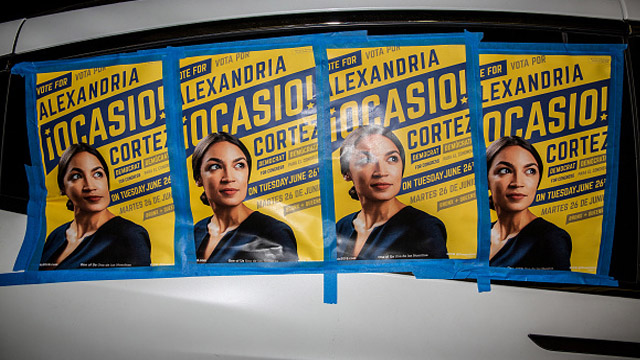 Now, you might think, why aren’t they happy about this? The reason they’re not happy about it is because the things this woman that beat Joe Crowley stands for represent about 15 or 20% of the thinking of the country, maybe 30 at the outside. There’s no way they’re gonna win the White House with this, and they’re not gonna win back the House with this woman’s agenda, with the Bernie Sanders. It just isn’t gonna happen. And they know it.

They’re just as radical as she is. They’ve just been trying to cover it up and mask it. But this woman says I’m not covering up who up. I am a proud Marxist, and I’m gonna campaign as a proud Marxist, and I’m gonna win. And she did. Bernie Sanders is out there applauding her and probably promising a million-dollar house after she’s been in politics a couple years as a good socialist.

Then we have the Supreme Court ruling today. This is so big, this Supreme Court ruling on the unions, this is so big, it’s so big on two levels. The first level on which it is big is it just blows the Democrat money machine to smithereens. And I’m gonna give you the numbers. You probably heard people talking about how this wrecks Democrat fundraising. Wait ’til you hear the numbers that they stand to lose because of this. You are gonna be shocked and stunned.

The second thing that’s going on with this, every Supreme Court decision that has mattered this term, 5-4 in favor of the presidency. I think what’s happening with some of these court rulings.

I think the justices on this court. Uh oh. This union case, this is the second time this case has been before the court. The last time it was a 4-4 decision because Antonin Scalia had died. They brought it back. Gorsuch, the replacement for Scalia, during the oral arguments of this union case, didn’t say a word, didn’t ask a question. Didn’t give away any thinking, any leaning whatsoever.

I think what’s happening here is that — and because the left is paranoid about, “What’s Anthony Kennedy doing? When did we lose Anthony Kennedy?” You lost Anthony Kennedy when you let all of these federal district judges attack the presidency in an unconstitutional way. District court judges cannot usurp the power of the executive branch and the presidency like these clowns have been doing and like this San Diego judge just did by claiming that these separated families have to be reunited in 30 days. Does the judge not pay attention to what’s going on? Trump already did that by violating the law an executive order. 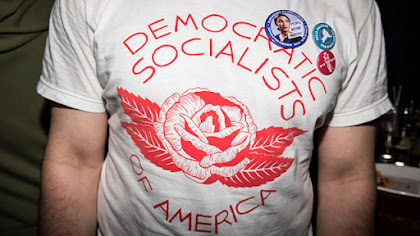 This judge is out there saying “Trump can’t separate families.” Hey, judge, families aren’t gonna be separated because of Trump’s executive order. Are you even paying attention, Judge? This is a left winger out in San Diego. And they find these guys, first you had the travel ban and these judges in Oregon and Hawaii, and then you had the travel ban 2 with a different set of judges.

And these little district judges out there — little in comparison to the executive branch — cannot unilaterally, single-handedly tell the president of the United States what he can’t do, particularly when he is engaged in executing, implementing lawful constitutional executive orders and actions.

And the court’s slapping these little judges down. This is bigger than anybody knows. And the Democrats are starting to figure it out.

Look at it this way. Supreme Court, by single vote margins, 5-4 margins, has been clawing back freedom for the American people at breakneck speed. Close calls, yeah. But, folks, this isn’t horseshoes, 5-4 may as well be nine to zip, in terms of the power of the final result. There are no moral victories at the Supreme Court, as they say. Trump candidates, Trump candidates are winning on the Republican side. The Drive-Bys are beside themselves. The media can’t believe it.

We’re still the United States of America. I’m not worried about our guys running against Marxists. I am worried about our guys running as Marxists passing themselves off as standard, old-fashioned liberals. I love these Marxists coming out of the woodwork and proudly proclaiming they love Marx and they love Engels and they love you paying for everything for everybody that wants whatever they want. I love them coming out and telling you that you should erase the borders and let anybody into this country get in and you should pay for whatever they want after they get here. I love them campaigning on that. Bring it on.

This is exactly what I meant when I said we don’t know what the issues are gonna be in the November election yet. All this polling data showing this gigantic blue wave. That was nothing more than news making. That was news manufacturing. Which is what the Drive-By Media does.

There’s another poll out there, and this one is Axios. Axios is a Bible for Millennials. It’s a Millennial news site. And they do stories — they have a new format at Axios. Well, it’s not new, but it’s relatively new. Their audience is Millennials. Part of this is marketing. They’ll give you a news story, they give you one paragraph and next paragraph is, what does it mean? ‘Cause they know that their readers not smart enough to figure it out.

Then after they explain what it means they do another paragraph in this story, and then the next paragraph, why is this important? So it’s being tailored to Millennials and the casual encounters with the news kind of people. And this poll, 92% of Republicans think the media is just making it up. Seventy-two percent of the American people think the media is making it up. Now, you might say, they don’t care. Oh, yes, they do. They most certainly do.

I have gone various places on the Web today looking at certain sites where the journalists there offer their little tidbit opinions, and I’ve seen some tweets. And they are worried about this. Hey, you know, these people like anybody else that does a job, they want to be respected doing it. And if they’re trying to fool people, it isn’t working! Don’t doubt that they are worried about this poll. This is not a poll that runs in some Republican-oriented publication or was conducted by some Republican or conservative-related group.

Ninety-two percent of Republicans not just don’t like the news. They think it’s being made up! Seventy-two percent of the American people think the media is making it up! And, by the way, folks, I’m gonna take a little credit for this, because it’s been a theme of this program for 30 years. And then here comes the Trumpster, and he puts a name to it all: fake news. It’s working! The American people are being educated. But they’re also living it. They’re seeing it.

It was everywhere. And at the outset I’m sure a lot of people believed it, and maybe even some of you were worried. “Oh, my God. I hope it didn’t happen.” So here we are. We’re approaching two years of this. Today there isn’t a scintilla of evidence. And I’m telling you, people know this. The news media is demonstrating without anybody having to tell ’em that they’re making it up. That they’re using anonymous sources that nobody has any backup for.

Today the GDPNow model estimate for real GDP growth Q2 2018, 4.5%. That’s the estimate. We’ll see if it happens. We’re gonna get the number pretty soon because Q2 will end on June 30. So we’ll find out pretty soon. If it’s 4%, 4.5%, and the economic statistics we have today fully support the possibility — I mean, there’s more egg on the face of all these “couldn’t be done, can’t be done, Trump shouldn’t be promising things like this, it’s not possible in the world today to grow like that.”

And, of course, who says that? People who don’t know how to make it happen! And, in large part, people who don’t want it to happen. Because wealth creation leads to independence, and that’s not what Big Government controllers want.

We’ve also had all this corruption at the Department of Justice and the FBI has been exposed. There’s much more work to go on that. But Trump’s victory prevented the corruption, getting the Jimmy Hoffa treatment. In other words, the corruption of the DOJ’s not buried at the old Giants Stadium in East Rutherford, New Jersey. It’s out in the open and everybody is seeing it. Good day for the markets today.

So let’s review. Supreme Court has been clawing back freedom for the American people at breakneck speed. Close calls, but it doesn’t matter. A win is a win at the court. Trump-endorsed candidates winning on the Republican side. Bernie Sanders socialists, communists winning in key places on the Democrat side.

News media: 92% of the Republicans think they make it up; 72% of the American people think they make it up. Unemployment at record lows; employment at record highs. And the GDP appears to be ready to pop beyond significant improvements that we’ve already booked. Six weeks ago, three weeks ago, none of this was foreseen. So every poll that was taken three weeks ago, throw it out. It doesn’t matter. It didn’t matter then, either.