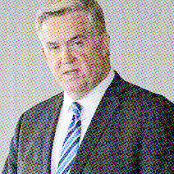 John Huber has developed almost mythical status among pro-Trump tweeters since former Attorney General Jeff Sessions directed him to investigate why the FBI spied on Trump’s aides and whether they protected Hillary Clinton and her foundation over alleged misdeeds. They hoped the Salt Lake City-based prosecutor would aggressively expose the malfeasance that has already led to firings and resignations among the bureau’s top brass.

Instead, more than a year since his appointment, Huber’s lack of traction on either front is leading many once hopeful supporters to dismiss his investigation as a “sham."

RealClearInvestigations has learned from potential witnesses, their lawyers and others close to the investigations, that Huber has not impaneled a federal grand jury to subpoena witnesses or hear evidence.

They are puzzled as to why he has failed to interview key witnesses – such as disgraced FBI officials and Trump advisers targeted by them, as well as Clinton Foundation whistleblowers -- who could shed light on whether FBI and Justice Department officials misused their power when they obtained spy warrants to monitor Trump adviser Carter Page; or whether such officials turned a blind eye to millions of dollars in foreign Clinton Foundation donations influencing Clinton’s official decisions as secretary of state. Even when whistleblowers have reached out to Huber, offering reams of evidence, his office has not followed up, they say.

While some witnesses and their attorneys complain he’s not doing his job, some critics who once had high hopes for Huber now suspect he was never expected to. They say Huber’s appointment was always political, that the Justice Department had no interest in exposing its own corruption and named this longtime department official to mollify Republicans who clamored for the appointment of a second special counsel to investigate FBI and Justice activities under the Obama administration.

“At the time, people wanted a special counsel, but Jeff Sessions announced he brought in Huber and people said, ‘OK, we got Huber on it,’ ” former Justice Department prosecutor Victoria Toensing said. “But it was a head fake.”

Now a private attorney in Washington, Toensing represents a whistleblower in the so-called Uranium One scandal, who she says still has not been contacted by Huber. Her client, Doug Campbell, an FBI informant who claims to have evidence that Clinton helped Russians secure U.S.-based uranium rights in a quid pro quo for large donations to her family’s foundation and speaking fees for former President Bill Clinton from the Russian company at the heart of the deal.

“He should have contacted Doug Campbell within the first two months” of being assigned by Sessions to look into the 2010 uranium deal, Toensing said.

“It’s a farce,” she added. "It’s an embarrassment how this has been handled.” 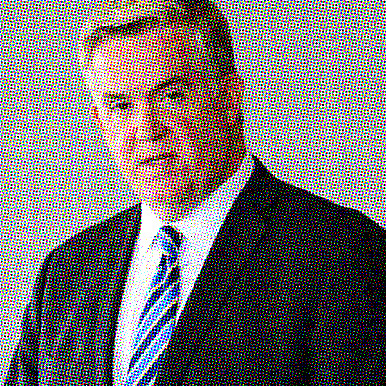 Huber’s office would not speak directly to the complaints, but asserted that his inquiry is active and ongoing.

Two other Clinton Foundation whistleblowers reached out numerous times to Huber’s office, starting in April, and offered to turn over 6,000 pages of evidence, only to get the silent treatment for several months before finally hearing back after Republican leaders supporting the expert witnesses made a stink about the snub on Fox News.

Private financial-crimes investigators Lawrence Doyle and John Moynihan say they got no response after sending evidence of alleged foundation tax fraud, misappropriation of funds and pay-for-play schemes to Salt Lake City by mail in April and again in May. After hearing nothing back, they followed up and were told the materials had been “lost." So they re-sent them by FedEx in October. But again, they heard nothing. Then, finally, they received a call on Nov. 30 from an assistant U.S. attorney there, who said he would “review" the material.

Just days earlier, GOP congressional leaders had called Huber to testify and give them a progress report on his work at a hearing originally scheduled for Dec. 5. Republicans are suspicious of the timing. The hearing was rescheduled without Huber.

“I find it just very coincidental that on Nov. 30 — a few days before the hearing [and] after they had been noticed  that we wanted them to come and testify -- all of a sudden, they would start following up,” said House Oversight Subcommittee on Government Operations Chairman Mark Meadows.

Huber ultimately balked at the invitation, reportedly because he would have to appear with the ignored whistleblowers. “He was never scheduled to testify,” House Oversight spokeswoman Amanda Gonzalez Thompson confirmed.

The Clinton Foundation probe isn’t the only case where Huber appears to be dragging his feet.

Sessions told Congress he also tasked Huber with looking into whether FBI investigators and Justice lawyers misled the Foreign Intelligence Surveillance Act court by making deliberate misrepresentations about evidence presented against Page, whom they targeted as a “Russian agent." Allegations include omitting material facts and exculpatory evidence undermining their probable-cause case.

For instance, they never told judges that their application relied heavily on a dossier of anti-Trump opposition research funded by the Clinton campaign. Recently revealed emails show then-FBI Director James Comey raised concerns about the reliability of the “unverified” dossier before he signed the initial application for the FISA warrant in October 2016.

Page, who denies the allegations, says he has not been contacted by Huber’s office.

“Never heard anything from Utah,” he said in an interview.

In fact, Page added, “I have spoken with no federal law enforcement officials this year.”

In addition, Huber has yet to interview a key Justice official involved in the surveillance activities.

Republicans say demoted Justice official Bruce Ohr recently testified to Congress that he’s not been interviewed by Huber about his contacts with FBI officials while they were surveilling Trump aides before and after the 2016 presidential election. Nor has his wife, Nellie Ohr, who worked on the dossier used to support wiretap warrants, according to his testimony.

Meadows sent a letter to Sessions demanding Huber interview Bruce Ohr about his connection to the bureau’s process in obtaining the wiretap. The Republican leader says the FBI used Ohr as a back channel for dossier information. He followed up with another letter in October asking for an update on Huber’s progress.

Defenders say what appears to be slow progress may be a function of Huber having to wait on Justice Inspector General Michael Horowitz, who is conducting his own investigation into the department’s mishandling of the Clinton and Trump probes. They point out that Huber is shadowing Horowitz’s slow-moving probe and lending any prosecutorial support he sees fit to provide. Inspectors general do not have the power to subpoena outside witnesses and compel testimony, or convene grand juries and seek indictments.

“I am surprised by witnesses saying that they have not been contacted. And there has been no public indications of his use of grand juries or other powers,” said George Washington University law professor Jonathan Turley, who thought appointing Huber instead of a special counsel would bring faster results. “But that may reflect a priority given to the investigation by Horowitz [because] he had the experience and evidence going into the investigation."

He also noted that Huber may be avoiding overlap with Horowitz’s lines of inquiry.

“Some witnesses have already given statements to other investigators, and there may be less of a need for re-interviews,” Turley added.

However, neither Page nor Ohr has heard from investigators from Horowitz’s office, either.

The lack of movement by the inspector general surprises colleagues.

“Michael Horowitz assured me last summer he would have additional reports (including regarding the alleged FISA abuses), but there’s still no sign of them,” former State Department Inspector General Howard Krongard said.

“I’m disappointed,” he added. "I don’t know what is holding them up."

Horowitz’s office declined comment. But Huber’s insisted he is still conducting his inquiry.

"Mr. Huber was asked to evaluate certain issues and report directly to the attorney general and the deputy attorney general, as appropriate,” Melodie Rydalch, spokeswoman for the U.S. attorney’s office in Salt Lake City, told RCI. "His review is ongoing."

Asked why key figures have gone unquestioned and what areas of investigation he has pursued, she said, "It would be inappropriate for us to comment on the scope or findings of his review.”

Rydalch also declined to provide details about the size of Huber’s team and budget, though he is said to marshal several senior federal prosecutors.

Huber’s appointment came late last year after the chairmen of judiciary committees on the Hill repeatedly called for a second special counsel to investigate Uranium One and alleged surveillance abuses. Sessions said he designated Huber in November 2017 to look into the matters and see if one was necessary.

In a March 29 letter to the GOP congressional leaders, Sessions said he was “confident” Huber would conduct a “full, complete and objective evaluation of these matters.” He pointed to his skills as a prosecutor and to his location 2,000 miles from Washington, where he could operate far removed from Beltway politics and conflicts.

But critics say Huber is, in fact, a typical government insider. An Obama holdover who was also very close to Sessions, Huber previously led the attorney general office’s national security section in Washington and was the executive assistant attorney general. And some question his chops as a prosecutor, citing several bungled white-collar and public corruption cases that his office opened in Utah, though others are quick to credit Huber with recent reductions in violent crime in the state.

“He’s an establishment Justice Department career person, who’s not going to take any strong action against what went on at the FBI and Justice,” former Justice prosecutor Larry Klayman said.

Toensing noted an inherent conflict in Huber reporting his findings to Deputy Attorney General Rod Rosenstein, who signed one of the warrant renewals for wiretapping Page. Others note that Huber may have a local conflict in the Uranium One matter, since the Russian deal involved uranium mining interests located in his state.

“Rod signed one of the FISA applications and is potentially a co-conspirator in the FISA abuse. Why would Huber report anything back to him that’s embarrassing on the FISA front? It makes no sense,” she said. “The whole thing is corrupt and cries out for a special counsel.”

Judicial Watch President Tom Fitton agreed, arguing the FBI and Justice can’t be expected to investigate themselves, even with an outside-the-Beltway prosecutor leading the investigation.

“Huber was a distraction to ease pressure for a second special counsel,” he said, adding that Sessions used sleight of hand in crafting his letter to Congress. Technically, he explained, Huber had a mandate from Sessions only to investigate the investigations, not the underlying allegations.

Fitton said he intends to FOIA Justice for the “regular updates” that Sessions said he was getting from Huber.

Once Democrats take back control of the House, they will have little interest in pressuring Huber to keep them in the loop on what are Obama-era scandals.

That leaves the Senate.

While the Senate Judiciary Committee told RCI it has not received "any updates" from Huber’s office or Justice about his work, it plans to continue its oversight as Sen. Lindsey Graham (R-S.C.) takes the gavel from longtime Chairman Chuck Grassley (R-Iowa) in January.

“There’s no imminent plan for Huber to testify,” said committee spokesman George Hartmann. “But Sens. Grassley and Graham have worked closely on oversight issues over the last two years, and I wouldn’t expect either of them to forget about it."

A complete headfake to stall for The Clinton/Obama Crime Syndicate.

Cut off the flow of taxpayer dollars to the miscreant Huber and to traitor Mueller and the rest of those treasonous "investigators". Then throw them in prison for the rest of their hideous lives.

Pig hunting season will be open if this article proves to be true. When there is no Rule of Law, it works BOTH ways. "Law Enforcement" and the "Legal" system - and their families - would do well to understand that.