RUSH: Regarding the President, I’m Sounding the Alarm

So, if you are just tuning in, Michael Cohen, President Trump’s former lawyer, fixer, whatever, has just been sentenced to three years in jail, 36 months in prison, federal prison. Primarily because he worked for Donald Trump.

Actually, his crimes that he’s being sent to prison for, the really bad ones have nothing to do with Trump. He engaged in massive $1.4 million tax fraud, has to make restitution of that. There’s a $500,000 reimbursement he’s gotta make to somebody and a $50,000 fine. So he’s gonna be sentenced in about three months. What’s he gonna be doing in the next three months? (interruption) Well, no. He’s not gonna be doing interviews yet.

By the way, I need to correct something. I said that now that he’s been sentenced and he’s testified that his use to the media has ended and expired. I need to amend that. That’s not true. This guy’s gonna have 60 Minutes profiles while he’s in prison. “What have you learned? Would you have accepted job offers from Donald Trump knowing what you know now? What is your opinion of Donald Trump as president? What did you think of Donald Trump’s buildings? Did you ever know of him taking shortcuts that risked the sanctity of his structures?”

It’s never gonna end in that regard until they get rid of Trump, and, even if they’re able to do that, they’re not gonna stop trying to destroy Trump. More of that in just a second here. No, the next three months he’s not gonna be doing any media because he’s going to be exclusively chatting with Robert Mueller. And I know this because of Lanny Davis’s statement. Lanny Davis is a lawyer, and Lanny Davis issued pretty much a statement that you can read between the lines and the stitches on a fastball, both of which I am proficient at doing, it’s very clear that Cohen is going to spend whatever time Mueller wants in the next three months, if Mueller wants sleepovers with Cohen, that’s what Cohen’s gonna do. 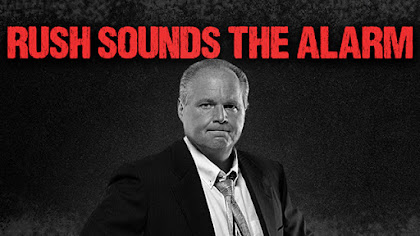 Whatever Cohen can say to Mueller about Trump to get that sentence reduced is what these next three months are gonna be. He’s going to try to satisfy Mueller. Now, we all know what that’ll mean. So that Mueller will think that his contributions have been significant and may in fact warrant a reduced jail sentence in which Mueller could file a petition, brief of the court informing the judge that Mueller has been even more cooperative than anybody ever imagined and, as such, Judge, we recommend taking a couple weeks off the sentence or whatever they’re gonna do.

I still think that what Cohen has done here is really attempt to ingratiate himself with the media. This is really what he wants. He want to be a media darling, a media hero. He wants to be treated with adulation and respect for the rest of his life in the Drive-By Media. And he’s taken the big first step in so doing by appearing to help in the effort to get rid of Donald Trump.

Now, we also learned just before the previous hour ended that the prosecutors at the SDNY, the U.S. attorney’s office Southern District of Manhattan, New York and Manhattan, have made a deal with the clown that runs the National Enquirer, Pecker, is that his name, David Pecker?

See, Pecker was given immunity along with Cohen because Pecker was involved with one of these women. He paid, the National Enquirer paid I think it was Karen McDougal, that’s her name, $150,000 for her story, meaning her story with and about Trump and then promptly buried the story, did not run the story.

It isn’t either. None of these two payments, neither of them constitute impeachable offenses, and neither of them constitute campaign contribution violations. They just don’t. And again, if they do, there are 268 members of Congress who are just as guilty and of course they’re not and they will never be prosecuted. But granting immunity — and there’s been a further deal made with the Enquirer guy. And I’ll tell you where that’s going. 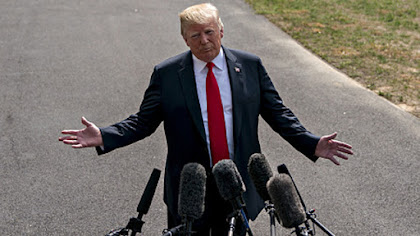 I have seen people in the DOJ and the Obama DOJ have more solicitousness and more tolerance and more understanding for people who participated in 9/11 than they have for Donald Trump. It is flat-out amazing. And then you add to that group of people the entirety of the mainstream media, and I’ve never seen anything like this.

He has survived it. They think the Democrats winning the House is step one in getting rid of him. But they’re not gonna leave it to elections. They’re mad at you for electing him in the first place. They have as much resentment for those of you who voted for him as they have of him. It has gone beyond a simple political objective to get rid of somebody they think is a political opponent. It is now deeply personal with every one of these people involved. 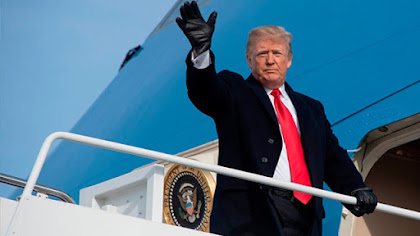 He has not sought their counsel. He’s not sought their advice. He has not asked them to become part of what he’s doing. He continues to criticize them open and in some cases by name. And this is simply not permitted in this club. Donald Trump apparently represents an even greater threat to the elites of Washington and New York than we even knew. And it obviously goes beyond whatever policies Trump believes in. It goes beyond immigration issues and the wall and travel bans and this.

When they start criticizing Trump because of his hair and the way he speaks and he’s not sophisticated, it is the essence of irrational personal, irrationality personal. It’s difficult to describe. They are attempting to scare and frighten anybody who might agree to join his administration. They are trying to make Donald Trump a poisonous pariah who will result in anybody working for him being destroyed.

The message is, “You see what we’re doing to Trump? If you join him, you become his chief of staff, you become this or that, we’re gunning for you too. Don’t care how much we’ve love you had in the past, don’t care how much we’ve respected you. If you join this guy we’re gonna destroy you right along with our efforts to destroy him.” They want to isolate Donald Trump so that the only thing he has is his voters. Because in the big scheme of things, the voters don’t really matter to these people. Otherwise they wouldn’t be doing what they’re doing.

They’re attempting, right in front of our eyes, to overturn the result of the 2016 election. There is no sanctity of the vote. There is no acquiescence to the will of the people. There is resentment for it. There’s contempt for it and for you who voted for him. And I think they’ve now concluded that separating you from him is the last thing, and it’s probably gonna be the hardest to do. They’re still gonna try to drive his approval numbers. The easiest way to get rid of him would be to succeed in driving his approval numbers down to 30. That’s why I wouldn’t be surprised if in opinion polls — not now, but starting in 2019. These people can poll whatever they want and they can report whatever they want. They can ask any question they want designed to get any answer they want.

The Republicans run the Senate, even though there’s probably a lot of them there that despise Trump, they’re not gonna slit their own throats unless Trump’s numbers are down to the thirties, preferably the low thirties. Then there’s nothing to lose by joining the chorus of demands that he leave.

I’ve been aware of the seriousness of this and of the intensity of this from the get-go. But just watching cable news today in the Cohen plea, the aftermath of the Cohen sentencing and then the announcement, the glee with which the deal that’s just been made with the National Enquirer people and realizing that this is coming from the Southern District of New York. This isn’t even coming from Mueller, although they are working hand in hand, don’t misunderstand. But these are not Mueller pronouncements, Mueller deals. They’re not part of the collusion with Russia business.

This is totally ancillary stuff. That the only reason any of this stuff is even usable is because regulations were violated and a crime was not specified when Mueller was named. So Mueller has basically been able to go out and find or invent or create any crime he wants. And remember with these people they don’t have find a crime. They just have to say they did. They don’t have to find an impeachable offense. They just have to say they have. All they gotta do is get those words in the media: impeachable offense, high crimes and misdemeanors, Donald Trump campaign violations, Donald Trump paying off porn stars.

The never-ending assault. And it’s simply because they can’t stand to have this guy in their midst. They cannot stand to have this guy in the White House. And I dare say that in many cases, in the case of many people, the things Donald Trump is accomplishing, the agenda and issue items that Donald Trump is succeeding with are things that many of these people have devoted their lives to and they still hate the guy and they still want him gone and they still can’t stand it. It’s a class thing. And by class, I mean, high class, low class, upper class, elites, ruling class versus the hoi polloi.

But it’s despicable, what is happening here. And very eye opening for a lot of people who didn’t think things like this could ever happen in the United States. This is the kind of stuff that happens in totalitarian regimes, but not here, but yet here it is happening day to day right in front of our eyes.

You do know that those who hate Trump aren't happy with the Israeli wall, either?

@Anonymous.....
And you do know that the majority of those who hate trump hate Israel....period.