Roll On, Sweet Shutdown. Roll On.

It never seems to occur to the Democrats, currently bellyaching about the largely phantom “government shutdown,” that the last people Donald Trump cares about offending are the army of Democrat-voting bureaucrats who will be the only folks inconvenienced by Senator Charles Schumer’s latest temper tantrum.

As far as the rest of America is concerned, the shutdown of “nonessential” government services can bloody well continue indefinitely, as the president has promised, in order to get funding for his wall along the Mexican border. It’s the best Christmas present ever.

The furloughed federal employees in question are the Beltway parasites who feed off the taxpayers in real America, and provide next to nothing in exchange for their three square meals a day and fancy digs in what has become, for all practical purposes, a one-party deep state that now consists of eastern Maryland, the District of Columbia, and northern Virginia—and thus the rest of America. Bureaucrats are happy to munch on the hands that feed them, with slovenly, indifferent “service” in useless, invented sinecures, but would never think of barking at the guys who actually throw them the bones, and thus keep them ensconced in petty power over their fellow citizens.

Which is why Trump has brought the nation to this happy pass: not simply for the wall, or to punish some of his most dedicated political enemies, but also for real Americans to see how thoroughly corrupted by the Left the Democrat Party has become.

The president has forced Schumer and his House sidekick, Maerose Prizzi, to make a choice between protecting their bureaucrat-class base or protecting the American people from the often feral and predatory consequences of the failed state just to our south. The collapse of Spanish-introduced Christianity in Mexico, it seems, has released the inner Native American spirit of much of the population, with the horrific results we see daily in Mexico–Aztlan. That similar levels of savage violence should cross the border with some of the “migrants” should surprise no one. 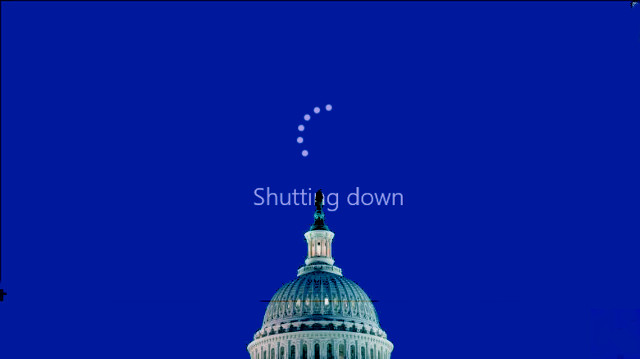 The Democrats, of course, no longer care about the current American population—they have their eyes on the replacements, which is why they will fight to their political end in order to keep the border open; in order for their mouthpiece media to hype every sick child and kiddie death while in neo-Nazi American “custody” and thus further their longstanding Marxist narrative that the United States is fundamentally illegitimate; and in order eventually to wear down the larger culture until, out of sheer exhaustion, it capitulates and commits cultural suicide to atone for its imagined sins.

On the Left, the unattainably perfect (which is what Marxism is, in both its economic and cultural manifestations) must always be the mortal enemy of the good, and especially the good enough. The Left makes no allowances for human fallibility or imperfections; it attributes every failure to willful malfeasance, animated by “racism” or some other malevolence. Via Critical Theory, and implemented according to Alinsky’s Rule No. 4 courtesy of the Cloward-Piven strategy, it seeks in the guise of beneficence to destroy human institutions and, by way of abortion and birth control, humanity itself. Note this recent discussion of the relative value of humanity in the New York Times:

There are stirrings of discussion these days in philosophical circles about the prospect of human extinction. This should not be surprising, given the increasingly threatening predations of climate change. In reflecting on this question, I want to suggest an answer to a single question, one that hardly covers the whole philosophical territory but is an important aspect of it. Would human extinction be a tragedy?

To get a bead on this question, let me distinguish it from a couple of other related questions. I’m not asking whether the experience of humans coming to an end would be a bad thing. (In these pages, Samuel Scheffler has given us an important reason to think that it would be.) I am also not asking whether human beings as a species deserve to die out. That is an important question, but would involve different considerations. Those questions, and others like them, need to be addressed if we are to come to a full moral assessment of the prospect of our demise. Yet what I am asking here is simply whether it would be a tragedy if the planet no longer contained human beings. And the answer I am going to give might seem puzzling at first. I want to suggest, at least tentatively, both that it would be a tragedy and that it might just be a good thing.

A good thing for thee, maybe, but not for me—and not for Western Civilization, which is the only thing standing between us and barbarism. Which brings us back to the “shutdown.”

The greatest enemy of American democracy is not Donald Trump, nor even Chuck Schumer, who is as ideal a cartoon villain as it possible to imagine. Neither is it the Democrat Party, although its disappearance is a thing devoutly to be wished; the criminal organization masquerading as a political party (Aaron Burr, come on down) should have been outlawed and disbanded in April 1865, but something happened that month . . . oh yes, the first Republican president was assassinated by a Southern Democrat and was succeeded in office by . . . a Southern Democrat, who essentially served out Lincoln’s entire second term and set back the cause of civil rights for African-Americans for a full century.

No, the greatest threats to the republic are the bureaucrats who, with the dispassion of any National Socialist Beamter, calmly carry out the duties of their offices long past the time those offices should have been abolished. For them, no mission is ever accomplished until it has achieved 100 percent effectiveness, and if that means the abolition of man, so much the better. The only morality they can adhere to in an increasingly secular—which is to say, militant atheist—country is one that cripples, punishes, and eliminates their enemies—and they will achieve perfection if it kills you.

So let the shutdown roll on, indefinitely—all the way to 2020 if need be. Trump has nothing to lose, certainly not a single vote, from keeping the pencil-pushers confined to quarters in Arlington and Silver Spring. Instead, he can turn it into a series of object lessons that even the media won’t be able to ignore: that bogus moralism will not be allowed to supersede the president’s duty to keep the nation intact and secure from illegal invasion, by any means necessary; that the Democrats, whose previous sham opposition to illegal “immigration” is visible on YouTube for all to see, now stand fully revealed as the party of radical socialism, their longstanding cultural Marxism now morphing back inexorably to economic Marxism under the media-fueled “leadership” of their latter-day Rosa Luxemburg, Alexandria Ocasio-Cortez, whom they are grooming as the female Barack Obama for 2024.

Most important, is that in an era of record tax revenue; we still have ever-greater record deficits and debt. Trump is unlikely to go anywhere near Social Security and Medicare, but he’ll be damned if he buys the Bernie Sanders head fake to turn Medicaid (a welfare program for the indigent) into Obamacare on steroids as “Medicare for all,” which would bankrupt the country.

Then again, bankruptcy is the entire point of the Cloward-Piven strategy, the Marxist Last Trump before the Second Coming, and in more ways than one. So let the first Trump put a stake through its heart. He’ll never have a better chance to get his wall, right the economy, break the bureaucracy, and pants the Democrats. What’s not to like?

This is very dangerous. People will soon realize that we don't need this big obtrusive government and that the money is best left in their pockets. MAGA...