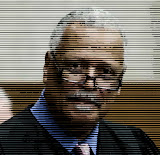 As President Trump made significant progress in his bid to win congressional funding for a border wall with Mexico, a swamp-dwelling federal judge in Washington struck down Trump administration policies that made it more difficult for foreigners who claim to be victims of domestic or gang violence to seek asylum.

Trump has vowed to use the military to build the wall and in recent days sent out mixed messages about whether he would veto a stopgap spending bill needed to avert a partial government shutdown at Friday midnight. After a fierce backlash from conservatives like Ann Coulter apparently prompted Trump to return to his hardline stance insisting on getting border wall funding now before Democrats take over the House of Representatives in two weeks, Republican congressional leaders met with the president at the White House midday Thursday. Speaker of the House Paul Ryan (R-Wisc.) emerged from the meeting to announce Trump would veto any spending measure that lacked funding for the wall, the president’s signature issue on the 2016 campaign trail.

Later Thursday the House voted 217 to 185 to approve a temporary spending bill after adding $5.7 billion in appropriations for the wall. Democrats have said they will oppose the measure when it reaches the Senate where under current rules it requires a supermajority of 60 votes for passage. Presently there are 51 Republicans and 49 Democrats in the Senate. As of January 3, there will be 53 Republicans and 47 Democrats. During a White House meeting with incoming Speaker of the House Nancy Pelosi (D-Calif.) and Senate Minority Leader Chuck Schumer (D-N.Y.) last week Trump said he would be happy to shut down the government to gain funding for the wall.

“I am proud to shut down the government for border security, Chuck,” Trump said. 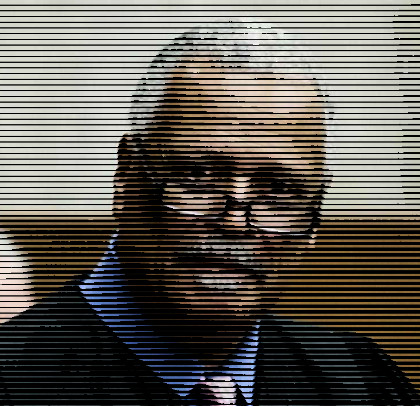 But before the eleventh-hour conversion of House Republicans into wall supporters happened, grandstanding Judge Emmet Sullivan of the U.S. District Court for the District of Columbia issued a ruling Dec. 19 throwing a wrench into Trump’s revised asylum policy, even ordering the government to bring deportees back to the United States.

Earlier this week Sullivan lashed out at former National Security Advisor Michael T. Flynn, suggesting the defendant was guilty of treason as he postponed the scheduled sentencing for lying to the FBI for at least three months.

The asylum policies created by then-Attorney General Jeff Sessions were “arbitrary, capricious and in violation of the immigration laws,” Sullivan wrote in a 107-page decision. Because “it is the will of Congress — not the whims of the Executive—that determines the standard for expedited removal, the Court finds that those policies are unlawful.”

Sullivan doesn’t seem to understand the fundamentals of asylum law.

The judge got angry at a previous hearing and lashed out at the administration for deporting a mother and daughter to El Salvador. The mother, Sullivan said, experienced "horrific" sexual abuse by her husband, and death threats from a local gang. Sullivan ordered the government to return her to the U.S. and not to deport any other would-be asylees involved in the legal proceeding.

Federal law gives the government authority “to grant asylum if an alien is unable or unwilling to return to her country of origin because she has suffered past persecution or has a well-founded fear of future persecution on account of ‘race, religion, nationality, membership in a particular social group, or political opinion.’”

Being a victim of crime by itself isn’t a valid ground for asylum, no matter how badly abused the claimant may have been in his or her home country. The government in that country must be behind the persecution or be unwilling or unable to protect the person if that individual is a victim of non-state-directed persecution related to the specified grounds of race, religion, nationality, membership in a particular social group, or political opinion.

"The asylum statute does not provide redress for all misfortune," Sessions wrote. "The mere fact that a country may have problems effectively policing certain crimes — such as domestic violence or gang violence — or that certain populations are more likely to be victims of crime cannot itself establish an asylum claim."

Predictably, the left-wingers at the American Civil Liberties Union (ACLU), which had fought the administration’s "expedited removal" policies in court, rejoiced at the pro-open borders court decision

“This ruling is a defeat for the Trump administration’s all-out assault on the rights of asylum seekers. The government’s attempt to obliterate asylum protections is unlawful and inconsistent with our country’s longstanding commitment to provide protection to immigrants fleeing for their lives,” whined Jennifer Chang Newell of the ACLU’s Immigrants’ Rights Project, who argued the case in court.

The White House was unmoved, responding to the ruling by saying: "Under the law, asylum is a discretionary benefit for aliens who have a well-founded fear of persecution on account of their race, religion, nationality, political opinion, or membership in a particular social group."

Despite the loss in Sullivan’s court, the Trump administration scored a major political victory Thursday, quite apart from getting wall funding inserted into a temporary spending bill.

The Department of Homeland Security announced that asylum seekers at the southern border will have to wait in Mexico to have their claims processed.

Such asylum applicants will now be initially processed by U.S. immigration agents and then promptly returned to Mexico for the completion of process.

“Let me be clear: We will undertake these steps consistent with all domestic and international legal obligations, including our humanitarian commitments,” Kirstjen Nielsen told lawmakers, according to USA Today. “All affected migrants will receive humanitarian visas to stay on Mexican soil, they will be given the ability to apply for work and other protections while they await a legal U.S. determination.”

The Immigration and Nationality Act allows the government to order the return of asylum seekers arriving at a land port to the country from which they attempted to enter.

What political party is to blame for the Government Shutdown - Democrats or Republicans?

Our judicial system will destroy all the founders built and others sacrificed for. No unelected official should have the power to over ride the legislature nor the executive.

I'm sorry to say that I see we are going fast from a soft coup of Trump toward a violent Civil War 2. The Deep State doesn't realize what they have unleashed and the country will not be the same soon.