“Dr. Corsi has been threatened with immediate indictment by Mueller’s prosecutorial staff unless he testifies falsely against Roger Stone and/or President Donald Trump and his presidential campaign, among other false testimony,” Corsi’s lawyers, Larry Klayman and David Gray, asserted in a complaint submitted to Acting Attorney General Matthew Whitaker and others in the Justice Department.

Corsi, a former InfoWars correspondent, revealed in late November that Mueller’s team offered him a plea deal that would have required him to admit to making false statements regarding his communications with Stone. Corsi says he rejected the plea offer because he did not believe he had willfully lied to prosecutors. (RELATED: Jerome Corsi Reveals Why He’s In Mueller’s Crosshairs)

At the center of the plea offer are three emails Corsi and Stone exchanged in late July and early August 2016.

“Word is friend in embassy plans 2 more dumps. One shortly after I’m back. 2nd in Oct. Impact planned to be very damaging,” Corsi wrote in an Aug. 2, 2016 email to Stone, referring to Assange.

“Time to let more than Podesta to be exposed as in bed w/ enemy if they are not ready to drop HRC,” he said. “That appears to be the game hackers are now about.” 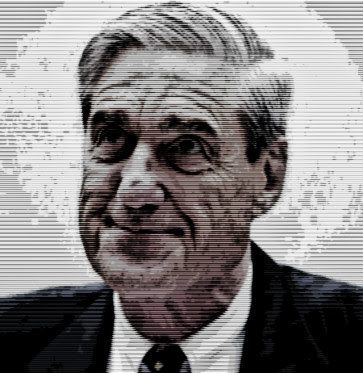 In his first meeting with prosecutors on Sept. 6, Corsi denied he had any communications regarding WikiLeaks’ plans to release information on the Clinton campaign.

Corsi asserts Mueller’s team informed him in that interview they had evidence undercutting his claim. But he says prosecutors allowed him to amend his testimony after allowing him to review his emails.

Corsi argues in his complaint that he was tricked by prosecutors.

“In sum, the Special Counsel seeks to prosecute statements that were amended,” Corsi’s lawyers write.

Corsi claims prosecutors want him to testify that he was a conduit between Stone and WikiLeaks. But Corsi denies he was, saying that he has never met WikiLeaks founder Julian Assange or any associates of WikiLeaks.

The 72-year-old Corsi claims his email to Stone was based on a theory he came up with on his own in August 2016 that WikiLeaks was set to release Clinton campaign chairman John Podesta’s emails in October. He says Mueller’s team does not believe his statement, and are insisting that he must have had a source close to WikiLeaks.

Corsi did testify to Mueller’s grand jury on Sept. 21 that he told Stone of his theory on WikiLeaks and the Podesta documents. But Stone has denied Corsi’s charge, saying he and Corsi did not discuss WikiLeaks having information on Podesta.

Stone previously told The Daily Caller News Foundation he did not interpret Corsi’s Aug. 2, 2016, email as saying that WikiLeaks had Podesta’s emails.

Corsi sent two tweets in the days before the WikiLeaks dump that he claims shows he did not have direct insight into WikiLeaks’ plans.

“If Assange has the goods on Hillary, he ought just to drop the goods,” Corsi tweeted on Oct. 2, 2016, after WikiLeaks founder Julian Assange announced he was holding a press conference. “Otherwise, he’s going to make a fool of himself.”

After the press conference, in which Assange failed to release any campaign-related documents, Corsi tweeted: “So Assange made a fool of Himself.”

“Had zero, or he would have released it. Will take grassroots on Internet to get truth out & beat Hillary.”

Corsi told TheDCNF on Friday that Mueller’s team did not cite the text messages in his 40-plus hours of interviews or two grand jury appearances.

"Corsi leveled the allegations in a complaint filed with the Justice Department on Monday."
And justice will be forthcoming from the Department of Injustice in 3,2,1,NEVER