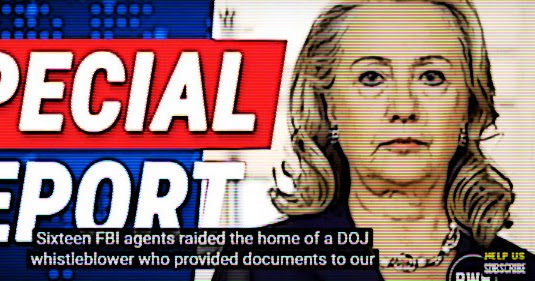 For those looking for evidence -- hard evidence -- of actual Russian collusion, look no further than The Hill's John Solomon's reporting. About a week ago, he published a summary of dealings between members of the Obama administration and Russian state actors entitled "The case for Russia collusion … against the Democrats".

Clinton’s handprint was everywhere on the 2009-2010 project, the tip of a diplomatic spear to reboot U.S.-Russian relations after years of hostility prompted by Vladimir Putin’s military action against the former Soviet republic and now U.S. ally Georgia.

A donor to the Clinton Foundation, Russian oligarch Viktor Vekselberg, led the Russian side of the effort, and several American donors to the Clinton charity got involved. Clinton’s State Department facilitated U.S. companies working with the Russian project, and she personally invited Medvedev to visit Silicon Valley.

The collaboration occurred at the exact same time Bill Clinton made his now infamous trip to Russia to pick up a jaw-dropping $500,000 check for a single speech.

That’s because he asked permission to meet Vekselberg, the head of Skolkovo, and Arkady Dvorkovich, a senior official of Rosatom, the Russian nuclear giant seeking State’s permission to buy Uranium One, a Canadian company with massive U.S. uranium reserves.

In 2013, the U.S. military’s leading intelligence think tank in Europe sounded alarm that the Skolkovo project might be a front for economic and military espionage...

...A year later, the FBI went further and sent letters warning several U.S. technology companies that had become entangled with Skolkovo that they risked possible espionage. And an agent in the bureau’s Boston office wrote an extraordinary op-ed to publicize the alarm.

Skolkovo “may be a means for the Russian government to access our nation’s sensitive or classified research development facilities and dual-use technologies with military and commercial application,” Assistant Special Agent in Charge Lucia Ziobro wrote in the Boston Business Journal.

The FBI had equal concern about Rosatom’s acquisition of Uranium One. An informer named William Douglas Campbell had gotten inside the Russian nuclear giant in 2009 and gathered evidence that Rosatom’s agents in the United States were engaged in a racketeering scheme involving kickbacks, extortion and bribery.

Campbell also obtained written evidence that Putin wanted to buy Uranium One as part of a strategy to obtain monopolistic domination of the global uranium markets, including leverage over the U.S.

Campbell also warned that a major in-kind donor to the Clinton Global Initiative was simultaneously working for Rosatom while the decision for U.S. approval was pending before Hillary Clinton’s department. Ultimately, her department and the Obama administration approved the transaction.

The evidence shows the Clintons financially benefited from Russia — personally and inside their charity — at the same time they were involved in U.S. government actions that rewarded Moscow and increased U.S. security risks...

Solomon then goes to the second act of this fiasco: the Trump-Russian Collusion hoax, perpetrated by none other than the Clintons, with the help of Obama political operatives in the Department of Justice and the FBI.


...[In short,] there’s little doubt the main instigators of the Clinton-inspired allegations against Trump got information from Russians and were consorting with them during the political opposition project.

And there’s irrefutable evidence that her opposition research effort on Trump — one that inspired an FBI probe — was carried out by people who got information from Russia and were consorting with Russians.

It would seem those questions deserve at least some of the scrutiny afforded the Trump-Russia collusion inquiry that is now two-plus years old.

Isn't it interesting that, given these copiously documented facts, our legacy media has carefully avoided publishing the facts regarding Russian collusion.

Got a video of the old bag, stomping on a basket full of kittens?
No?
Then forget EVER prosecuting her....or most any Dem perps.

Martha Stewart can go to jail because of so called insider trading scandal and this clown Hillary can get away with killing men at Benghazi, and Russian Collusion - I think not. Its about the time the hammer comes down and smacks the crap out of her and the Clintons! People lost lives because of her.

Joseph Stalin, a man of rare wit and intelligence(according to some democrats) once stated the best way to deflect criticism of policy is to cast blame on the critics for what it is they are critical of. QED democrat collusion with the russian state in the 2016 election cycle. he also stated that the solution for dealing with those not with the program is named Biera with a gun.
many liberal democrats that I am acquainted with loudly protest that they had nothing to do with this collusion at all. my only response is they are identified with the company they keep.