Socialism by its very nature, at its heart and core, is a system of lies.

That society will have more equality is a lie, that the economy will grow faster and be give the average worker more prosperity is a lie. That government will be competent, efficient, evenhanded and careful to obey all of its laws and regulations is a lie.

In order for the socialist society to function, it must create and support a myriad of overlapping lies.

But it is true for all societies that each government imposes a type of morality on its citizens. 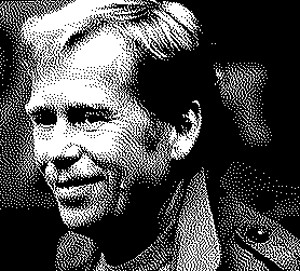 So, when government is built on lies, telling lies and believing lies permeates society. Thus, one of the hidden costs of socialism is how corrosive it is to personal character and morality.

This is not my own theory, but comes from someone who lived it.

Václav Havel was a playwright, author, the first president of the Czech Republic (1993–2003) after the Czech–Slovak split. He wrote a famous essay, The Power of the Powerless on the social and spiritual consequences of socialism.

"The principle involved here is that the center of power is identical with the center of truth," Havel warned, noting that socialist regimes create and enforce their own truth to maintain power. As time goes on, this truth diverges from factual truth and it increasingly forces those who support and depend upon the power of the regime to corrupt themselves to sustain the artificial truth."

Read more at Václav Havel: The Power of the Powerless

Anonymous said...
This comment has been removed by a blog administrator.
3:11 AM