Human Cost: The point above, made to President Obama by a grieving father whose 25-year-old son was run over by an illegal alien who won't be deported, underscores the high price of open borders for U.S. citizens. 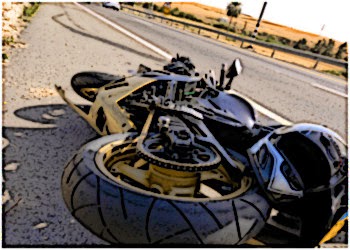 That grieving father, Donald Rosenberg, has put another human face on the growing problem of importing crime through the Obama administration's tolerance of illegal immigration.

His plea also highlights the White House's refusal to deport those who shouldn't be here after they do grievous harm to Americans, sometimes even killing them.

In a letter sent to Obama last month, Rosenberg, a self-described "lifelong, very liberal Democrat," said his son Drew, run over and killed by an illegal alien in 2010, would still be alive if Washington consistently deported illegals who have conflicts with law enforcement.

Open-border advocates would argue that his son could have just as easily been killed by a U.S. citizen. True enough, except that he wasn't, and the fact is the odds of American citizens being victims of any crime would be reduced if our borders were secure and alien criminals were being deported.

Rosenberg's son was killed when Robert Galo, an illegal alien who had been here since 1998, made a left turn and crashed into Drew, who was riding his motorcycle home from law school.

It was a slow-speed crash and nothing serious might have happened had not Galo, who was driving without a license, "drove over (Drew's) body a third time," Rosenberg said in his letter, "in an attempt to flee."

Five months before the fatal crash, police stopped Galo for driving the wrong way on a one-way street in San Francisco and, again, driving without a license and having no insurance.

He was not slated for deportation because this was considered a minor offense and, as the U.S. Citizenship and Immigration Service told Rosenberg, Galo had committed only "one act of moral turpitude" and therefore could stay.

After his son's death, pressure from Rosenberg caused the case to be reopened and Galo, who had served only 43 days in jail, was finally deported in 2012. But as we have seen, our revolving-door border allows the Galos of the world to return over and over.

Rosenberg, who calculates that 3,000 people were killed by illegal aliens in car crashes in 2010, has challenged Obama to visit his son's grave before he signs an executive order granting amnesty to millions of illegal aliens.

"Before you illegally say 'Welcome to America' to those who have caused so much pain and suffering, on your next trip to California, let me take you to Drew's grave and you tell him this is the right thing to do," Rosenberg told the president.

Another alien found guilty of a serious crime yet allowed to stay though she should have been deported is 19-year-old Cinthya Garcia-Cisneros. In January she was convicted of a felony hit-and-run accident in Oregon, which killed two stepsisters, Anna Dieter-Eckerdt, 6, and Abigail Robinson, 11.

Garcia-Cisneros had temporary permission to be in this country via Obama's Deferred Action for Child Arrival program created by a 2012 executive order.

Garcia-Cisneros was released from federal custody on Aug. 14 and sentenced to probation and community service, and apparently will still be allowed to stay.

We recently commented on the killing of a Border Patrol agent who was shot in front of his wife, two kids and parents while they were fishing in Texas by two illegal aliens with prior arrests and deportations.

As we also noted, Texas Gov. Rick Perry maintains that illegal immigrants are responsible for 3,000 murders and 8,000 sexual assaults in America in the past five years, a situation made worse by the administration's release of 36,000 deportable felons into U.S. cities from 2008 to 2011.

There will be no executive amnesty for their victims.

How about we draw the line at zero acts of moral turpitude?

Since the illegal invader has no legal standing under our laws, kill him. No jury will convict the father for seeking justice.
This country have devolved to the point that the permission granted by citizens for government to exist and enforce law is now broken. We no longer need this government to use force to enforce their whim. We have no borders, we are no longer a country.

When the Government stops providing protection to it's citizens and no longer dispenses real justice how long will it be before the people start to "settle out of court" and take the law into their own hands. No one person or no group should be above the Law and if an elected official is repeatedly enabling criminal acts doesn't he or she also bear criminal responsibility for those acts?

Kind of puts the lie to "If we only save one child." (Yeah, I know, abortion already did that).

Obama has a message for the father: "I couldn't care less."

No jury would convict Mr.Rosenberg if Robert Galo was to have an accident.

I wish we had a Congress that would put Obama/Holder in their place.