The Democrats are Leading Us to Anarchy (or Fascism)

Since the election of Donald J. Trump, progressives and Democrats (but I repeat myself) have maintained a DEFCON 9 level of hysteria, viciousness, and, at times, outright criminality. From nearly assassinating a dozen Republican Congressmen to confronting political opponents in restaurants -- acts endorsed by Rep. Maxine Waters (D-CA) -- the climate of political debate is toxic.

It is fair to say, however, that the confirmation process of Brett Kavanaugh has established a new low watermark. Sen. Dianne Feinstein (D-CA) held written allegations by Christine Blasey-Ford in secret during the hearings. Only when they had ended, and the final voting process began, did she bother to release Ford's letter.

Of Ford's claim that Kavanaugh assaulted her by physically jumping on her and holding her down, she has no clear recollection of the actual event, the location, the timing, or even the year; she has no corrobarating witnesses nor evidence of any type.

The Kavanaugh affair is nothing less than a naked political hitjob, with Democrat operatives serving as attorneys, counselors and donors for Ford, Michael Avenatti, and a range of other characters who have suddenly emerged after 35 years.

For every action, there is an equal and opposite reaction 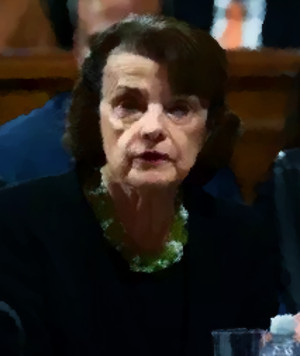 Media personality Dan Bongino has coined the term "These are the New Rules", which roughly translates to a rallying cry. The Democrat Party, per Bongino, must be politically eradicated. While Bongino advocates only lawful and ethical opposition to the Democrats, he knows that failing to resolve the issue peacefully is a recipe for disaster.

The new normal is, simply put, ominous. When one considers gangs of roving thugs who target and attack political opponents in public places, one is reminded of Nazi Germany and Hitler's Brownshirts.

Democrats and their media sycophants have instead normalized and underplayed these kinds of activities, making them appear routine and acceptable.

The road on which the Democrats are driving us has a fork in it. One road leads to anarchy, the other to fascism.

But there is a third option, as Bongino explains. Rally your family, you friends, your neighbors, your colleagues -- rally them from now until election day -- and put a stake in the political heart of the Democrat Party.

The party of Pelosi, Feinstein and Schumer is the party of division and hatred.

The party of Warren, Clinton and Obama must be obliterated at the ballot box.

This is no joke.

We have only three options: anarchy, fascism, or liberty. Your personal choice will prove decisive.

The DEFCON system was developed by the Joint Chiefs of Staff (JCS) and unified and specified combatant commands.[2] It prescribes five graduated levels of readiness (or states of alert) for the U.S. military. It increases in severity from DEFCON 5 (least severe) to DEFCON 1 (most severe) to match varying military situations

Anarchy, fascism, or liberty? But there's the rub. The other major party has given us no reason to believe that they'll get the job done. Their only campaign cry has become, "At least we're not Democrats!"

Putting a stake in the heart of the Democrat party is only the first step.

Read the story of what our Only Game in Town GOP Congress did while we were focused on our outrage at what the UniParty was up to...

Warning: It will make you nearly as angry.

Bullshit. Republicans are trying to put a lying, easy to anger, rapist on the supreme court. Fuck YOU!

To Unkown @ 1:21 PM - You are sliming a good, honest man, Judge Kavanaugh. There is absolutely no evidence to prove was you insinuate - none whatsoever. There is ample proof, however, that Ford is lying through her teeth.

Hey, I'm sure * ONE * corroborating witness will come forward.
#SARC

Angry? Hardly. I believe the article you cite has a bit of hyperbole in it to arouse anger, but in reality Trump promised the Congress he would not sign another Omnibus spending bill...AND TRUE TO HIS PROMISE HE DIDN'T.

Instead, he signed a series of "mini-bus" bills designed to fund only the essential portions of government, so that the GOP could have cover during the midterms if the Democrats accused them of "shutting down government". Nine of the 15 major departments have been funded, with the others to be funded after the midterms.

Trump can claim he did not shut down government and yet can still apply leverage on the remaining spending after the midterms no matter who has control of Congress.

Now, if after the midterms the GOP doesn't give Trump the funding he needs to keep his election promises THEN you can throw a fit at the GOP. But right now, focus on the goal to keep the House & Senate in Republican control.