THE PLOT FOR THE MIDTERMS: The Democrats’ Impeachment Scheme

IF DEMOCRATS WIN THE HOUSE, THEY WILL TIE UP PRESIDENT TRUMP'S AGENDA AND INITIATE IMPEACHMENT PROCEEDINGS AGAINST THE PRESIDENT 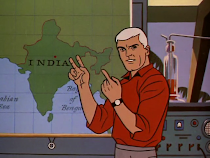 If Nancy Pelosi Is Made Speaker Again, Democrats Will Likely Impeach President Trump And Grind To A Halt The President's Legislative Agenda.

If Democrats Win Control Of The House On November 6, "The Clamor For Impeachment Would Grow Substantially." "That's a sensible-enough electoral strategy, and for the moment, the increasing support for impeachment among progressive activists and candidates has not reached a groundswell. But that could all change by the morning of November 7, if rank-and-file Democrats wake up to discover their party is suddenly vested with the power to confront a president they've decried as a threat to the constitutional order. The clamor for impeachment would grow substantially." (Russell Berman, "The Democrat Who Could Lead Trump's Impeachment Isn't Sure It's Warranted," The Atlantic , 9/11/18)

House Minority Leader Nancy Pelosi (D-CA) Has Hinted That Democrats Plan To Impose Gridlock If They Take Control Of The House. CHRISTIANE AMANPOUR: "And there are many people who wonder whether Democratic-led committees in the House will start a whole series of investigations and accountability on this president, on this administration." NANCY PELOSI: "Well, in both cases in terms of what we would affirmatively do in terms of legislation, we have established our 'For The People.' Lower health care costs, bigger paychecks, cleaner government. And I'm asking with no presumptions, not measuring for drapes. I don't see too many drapes around here anyway, but just to be ready. We have a responsibility to be ready so I've tasked the soon-to-be chairmen, our top Democrats on these committees, to work with their committees to establish priorities for us to consider as our consensus priorities to go forward, but in the same vein with the oversight. This cannot be scattershot. We're doing this in a very serious, responsible way. To say, we want it, we want to seek the truth. The truth about intervention in our elections which undermines the sacred right of people to vote under oversight, over the air our children breathe and this or that the list goes on, but it has to be prioritized and not scattershot, but direct shot to get the job done. It's all about seeking the truth where that takes us with the President and his performance remains to be seen." (CNN's "Amanpour," 9/10/18)

In July 2017, Rep. Brad Sherman (D-CA) Introduced An Article Of Impeachment After President Trump Fired FBI Director James Comey. "Rep. Brad Sherman (D-Calif.) introduced an article of impeachment in July alleging that Trump obstructed justice by firing James Comey as FBI director amid the investigation of Russia's meddling in the 2016 election." (Cristina Marcos, "The Nearly 60 Dems Who Voted For Impeachment," The Hill , 12/6/17)

58 House Democrats Supported Green's Impeachment Resolution And Voted To Launch Impeachment Proceedings Against President Trump. "An unexpectedly high number of Democrats voted in favor of an effort to launch impeachment proceedings against President Trump on Wednesday, revealing the growing agitation among liberals to remove him from office. The House voted overwhelmingly 364-58 to table a resolution from Rep. Al Green (D-Texas) laying out articles of impeachment against Trump, with four Democrats voting 'present.'" (Cristina Marcos, "The Nearly 60 Dems Who Voted For Impeachment," The Hill , 12/6/17)

Democrat Congressional Candidate Alexandria Ocasio-Cortez Said "I Would Support Impeachment" Of President Trump. "Alexandria Ocasio-Cortez said Wednesday that she would support impeachment for President Trump if she wins in November. 'I would support impeachment,' the first-time candidate and former Bernie Sanders campaign organizer said. 'I think that, you know, we have the grounds to do it.'" (Avery Anapol, "Ocasio-Cortez: I Would Support Trump Impeachment," The Hill , 6/27/18)

Democrat Congressional Candidate Ayanna Pressley Said She Would Vote For Trump's Impeachment. "Of Trump's impeachment, Pressley said: 'I'd cast that vote, but a vote is not enough. As leaders we have to ask ourselves as we navigate this new and dangerous terrain together -- how do we resist and progress at the same time?'" (Chris Cillizza, "Ayanna Pressley's Win Shows Just Being Liberal Isn't Enough In Today's Democratic Party," CNN , 9/5/18)

Over The Last Few Weeks, Democrats From Across The Spectrum Including Chuck Schumer, Elizabeth Warren, Al Green, And Filemon Vela Have Ramped Up Calls For Impeachment Or Removal From Office

On September 3, When Asked When Trump Would Be Impeached, Senate Minority Leader Chuck Schumer (D-NY) Said "The Sooner The Better." SPECTATOR: "When are you going to impeach Trump?" SCHUMER: "The sooner the better." SPECTATOR: "The sooner the better? That's not answering the question." SEN. MINORITY LEADER CHUCK SCHUMER (D-NY): "We got to get a few Republicans. The Democrats are on your side." (Senator Chuck Schumer, Remarks At West Indian Day Parade , Brooklyn, NY, 9/3/18) 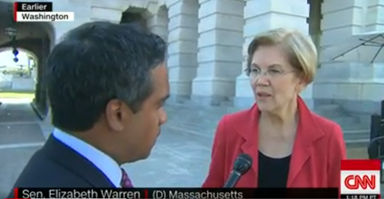 Rep. Maxine Waters Called For Trump's Impeachment Even Before His Presidency Began

Even Before His Presidency Began, Waters Was Saying Trump Was Headed For Impeachment. "She has been saying she thinks Trump is headed for impeachment since even before he was sworn in. At an anti-Trump tax march in April, she said she'll 'fight every day until he is impeached.'" (Sarah D. Wire, "How Maxine Waters Became 'Auntie Maxine' In The Age Of Trump," The Los Angeles Times , 7/20/17) 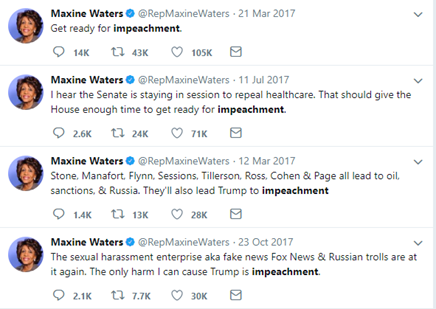 In February 2018, Waters' Told The Attendees At The California Democratic Party Convention To "Get Ready For Impeachment." "Rep. Maxine Waters (D-Calif.), who has been a leading opponent of President Trump on Capitol Hill, told thousands of Democratic activists and officials to 'get ready for impeachment.' Speaking at the California Democratic Party's annual convention in San Diego, Waters said that she believes special counsel Robert Mueller, who's been at the helm of the investigation into Russian interference in the 2016 election, is 'getter closer' to figuring out who colluded with Russia." (Lisa Hagen, "Maxine Waters: Time 'To Get Ready For Impeachment,'" The Hill , 2/24/18)

In October 2017, Tom Steyer Demanded That Lawmakers And Candidates Support Removing President Trump From Office. "One of the Democratic Party's most prominent financial backers is demanding that lawmakers and candidates on the left support removing President Trump from office, putting pressure on Democrats to make Mr. Trump's ouster a defining issue in the 2018 midterm elections. Tom Steyer, a billionaire California investor who spent more than $91 million supporting Democrats in the 2016 elections, issued the demand to his party in a letter on Wednesday. In his message, Mr. Steyer called Mr. Trump a 'clear and present danger to the republic' and urged Democrats to pledge that they would seek to remove him from office if they take control of Congress next year." (Alexander Burns, "Pledge To Impeach Trump, A Key Donor Demands Of Democrats," The New York Times , 10/11/17)

On October 20, 2017, Steyer Launched His Need To Impeach Ad Campaign And Website Advocating For The Impeachment Of President Donald Trump. "Political mega-donor Tom Steyer is funding an eight-figure TV ad campaign to "demand that elected officials take a stand" on impeaching President Trump. 'A Republican Congress once impeached a president for far less, and today people in Congress and his own administration know that this president is a clear and present danger,' Steyer says in the ad, which directs viewers to a new NeedToImpeach website." (David Weigel, "Megadonor Tom Steyer Launches TV Ad Campaign For Trump Impeachment," The Washington Post , 10/20/17)

In January 2018, Steyer Announced He Was Doubling His $20 Million Investment Into His Need To Impeach Campaign. "Steyer said he is also 'doubling' his push for President Donald Trump's impeachment, which he has already backed with a $20 million national advertising campaign. That campaign, called 'Need to Impeach,' has helped Steyer build a massive email list." (Eric Bradner, "Tom Steyer Not Running For Office; Pledges $30 Million To Help Democrats In House," CNN , 1/8/18)

In One Of His Need To Impeach Ads, Steyer Claims That President Trump Has "Brought Us To The Brink Of Nuclear War," "Obstructed Justice At The FBI," "Violated The Constitution," And "Taken Money From Foreign Governments." STEYER: "He's brought us to the brink of nuclear war, obstructed justice at the FBI, and in direct violation of the Constitution, he's taken money from foreign governments and threatened to shut down news organizations that report the truth. If that isn't a case for impeaching and removing a dangerous president, then what has our government become? I'm Tom Steyer and, like you, I'm a citizen who knows it's up to us to do something. It's why I'm funding this effort to raise our voice together and demand that elected officials take a stand on impeachment. A Republican Congress once impeached a president for far less. Yet, today, people in Congress and his own administration know this president is a clear and present danger, whose mentally unstable and armed with nuclear weapons. And they do nothing. Join us, and tell your member of Congress that they have a moral responsibility to stop doing what's political and start doing what's right. Our country depends on it." (Tom Steyer, "Join Us," YouTube, 10/19/17)

Steyer Has Taken His Need To Impeach Message On The Road Through A 30-Stop National Tour To Pressure Congress Into Seeking Impeachment. "Now, through his 30-stop national tour, Steyer wants to generate public pressure to get Congress to join him, starting with key Democrats near his home." (Joe Garofoli, "Tom Steyer Wants Trump Impeached, And He's Mad That Many Democrats Don't," The San Francisco Chronicle , 4/9/18)

Steyer Has Equated Democratic Leaders Who Are Not Focused On Impeachment With People Who Opposed The Civil Rights Movement. "Steyer said the Democratic leaders who don't want to focus on impeachment are like the people who opposed the civil rights movement, saying it wasn't the right time. 'In every important issue in American history there have been people who felt that it as the wrong time to bring up the truth. However true, however important, it was inconvenient, awkward and should wait,&##39; he said." (Anthony Man, "Billionaire's Florida Tour Focuses On Mobilizing Voters, Impeachment," Sun-Sentinel, 5/6/18)

PDJT will not be impeached, because I assume those voting 'yea' like breathing.

Any call to impeach our duly elected POTUS by the traitors on the Left (aka Dems) will cause a massive fury to arise among those who revere our Republic, the Constitution, and the rule of law. We are sick of the traitorous Left's lawlessness and scheming. I would say that they will come to rue what they wished for, but they have no conscience or humility.