“We are in the midst of a constitutional crisis... The Democratic Party is now a socialist party”

On August 10, I gave a speech at the annual meeting of the American Legislative Exchange Commission (ALEC), to promote a “Convention of the States” to rein in the powers of the federal government.[1] The purpose of my speech was to respond to conservative concerns that such a convention might open a can of worms that would best be kept under wraps in these contentious times. My view was that while there were indeed risks involved, we were living in a time of national crisis and could not afford inaction.

“We are in the midst of a constitutional crisis,” I argued, the likes of which we have not seen since the Civil War.” Then I said to them, here’s what you should be afraid of: “The Democratic Party is now a socialist party. It is driven by identity politics, a form of cultural Marxism, which is racist and collectivist – the antithesis of what the American founding was about. The current leadership of the Democratic Party views America as a society of racial and sexual hierarchies that need to be reversed. This is a doctrine incompatible with a Constitution opposed to the characterization of individuals by race, gender and ethnic origin – a Constitution specifically designed to protect individual rights and individual equality, regardless of race, creed and origin.” 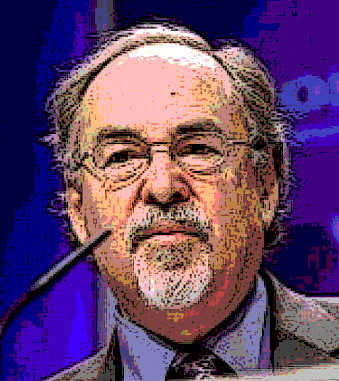 When my speech was done, I got a standing ovation from the legislators, and even cheers. However, not everyone was happy. A Democratic representative from the state of Wisconsin went home and penned an article for PR Watch, which is a leftwing blacklist site. She wrote that the ALEC convention was a “catastrophe” - because of me. “The biggest disaster I have ever seen at an ALEC conference,” she reported, “was on a panel about the Convention of States project…. One of the key speakers was right-wing provocateur David Horowitz. Horowitz is listed in a Southern Poverty Law Center (SPLC) report published by Alternet with the title "10 of America's Most Dangerous Hatemongers."[2] In other words, Horowitz is a designated Untouchable, and for merely inviting him, ALEC must be punished.

The Southern Poverty Law Center is, of course, an utterly discredited hate site run by extreme, terrorist-supporting leftists. Over the years it has become not about actual hate-based movements like the Ku Klux Klan, but about groundless slanders against ideological opponents. Sixty religious organizations have been consulting with Liberty Counsel about launching a class action law suit against SPLC for slanders triggered solely by their Christian faith.

Majid Nawaz a devout, moderate Muslim recently received a $3.4 million settlement from SPLC which had described him as a “violent, anti-Muslim extremist.” SPLC has labeled me “the godfather of the anti-Muslim movement in America” and put me at the top of their list of “Islamophobes.” Yet, although I have published well over a million words, SPLC has never produced a single statement of mine that any reasonable person would describe as “anti-Muslim” or that expresses hate for any group based on ethnicity, or race, gender or religious affiliation.

This kind of character assassination has become a standard discourse of the political left, whether of the protesters in the streets or the leftwing mainstream media, or the Democratic Party’s elected officials and spokespeople. Policy differences are distorted, which leads to a situation in which Republicans and conservatives are regularly attacked as “racists” merely for opposing illegal immigration, or supporting Voter ID laws, or for thinking that socialists “monkey up” the economy, or for believing that America should get a fairer shake in the world. Patriotism is attacked now as “white nationalism,” i.e., racism. Those of us who choose to confront this leftwing demagoguery for what it is, find ourselves on the hate lists of organizations like the Southern Poverty Law Center and People for the American Way, which joined in the anti-ALEC fray to denounce me as a “white supremacist” though there isn’t a shred of credible evidence from my 70 years in the civil rights movement to back that slander up.

PR Watch followed Chris Taylor’s verbal malice with a headline reporting, “Broad Coalition Calls on Corporations to Drop Funding for ALEC Over Horowitz Speeches.”[3] The article went on to inform readers that “a coalition of 78 government reform, civil rights, labor, environmental, and advocacy organizations [are] urging 20 of the largest corporate funders of the American Legislative Exchange Council (ALEC) to cut ties with the corporate bill mill.” Strangle-your-opponents-boycotts like this have become increasingly popular on the left since the Hamas terrorist organization launched the Boycott, Divest and Sanctions” movement, which is designed to destroy the democratic state of Israel, despite the fact that its million Arab citizens have more rights as Israelis than the Arabs of any other Middle Eastern state.

My organization, the David Horowitz Freedom Center, has already been the subject of many attacks based on SPLC lies. We have been punished by Mastercard, Twitter and Facebook for having the temerity to dissent from the politically correct culture. We, are not. of course,  alone. Literally hundreds of conservative organizations and institutions have been targets of these attacks. Many more individuals on the right have suffered as well for their points of view. Fortunately, Mastercard restored our on-line funding after a public outcry against its political censorship. There have been other reversals as well. But the damage is ongoing and its extent cannot even begin to be grasped.