The state senator who couldn't keep his constituents from the cold


"Senator Obama does not remember having conversations with Tony Rezko about properties that he owned" — Obama’s campaign staff, April 2007 (Chicago Sun-Times)

For more than five weeks during the brutal winter of 1997, tenants shivered without heat in a government-subsidized apartment building on Chicago's South Side... It was just four years after the landlords -- Antoin "Tony'' Rezko and his partner Daniel Mahru -- had rehabbed the 31-unit building in Englewood with a loan from Chicago taxpayers.

How cold was it? 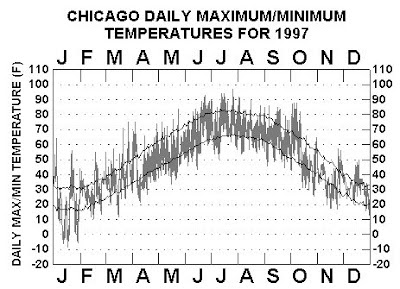 During January and early February, temperatures routinely dipped to around ten degrees below zero.

But Rezko and his partner couldn't rustle up enough money to get the Englewood building's heat turned back on. 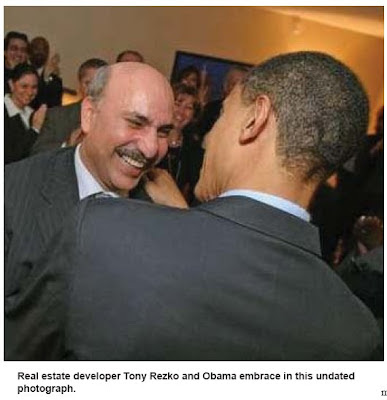 Their company, Rezmar Corp., did manage to find $1,000, which it promptly gave to the campaign fund of State Senator Barack Obama. The young politican had recently been elected the representative for the district that included the Englewood apartment complex.

The South Sangamon apartment building finally had its heat turned on in February 1997, but only after the city of Chicago sued, eventually collecting a $100 fine from Rezmar. There appears to be no evidence that the young state senator had anything to do with the city's numerous lawsuits against Rezko's companies, even though the city was attempting to protect Obama's constituents. 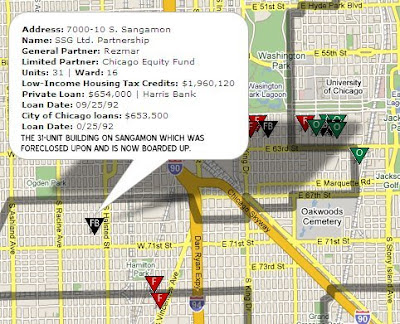 The South Sangamon building was one of 30 low-income projects—containing a total of 1,025 apartments—that Rezko took on between 1989 and 1998. In all, Rezmar Corp. collected more than $100 million by arranging “public-private partnerships” with the city, the state and federal governments, and in bank loans to rehab South Side buildings intended as low-income housing. Neither Rezko nor his partner had any construction experience when they created Rezmar, but they became experts at working Chicago’s political system to acquire taxpayer subsidies for their redevelopment schemes...

...Not surprisingly, every one of the projects ran into financial difficulties within six years.

Eleven of Rezko's buildings were in Obama's district (and all were in close proximity to the district). The results of Rezko's housing experiment? 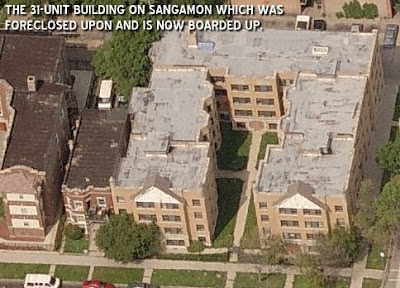 • Seventeen buildings -- many beset with code violations, including a lack of heat -- ended up in foreclosure.
• Six buildings are currently boarded up.
• Hundreds of the apartments are vacant, in need of major repairs.
• Taxpayers have been stuck with millions in unpaid loans.
• At least a dozen times, the city of Chicago sued Rezmar for failure to heat buildings.

Did State Senator Obama ever complain to anyone -- government officials, Rezmar or Rezko -- about the conditions of Rezmar's buildings? There is apparently no documented evidence that Obama stood up for his constituents.

Even Obama's campaign has implicitly confirmed this fact. In April of 2007, it released the statement: "Senator Obama does not remember having conversations with Tony Rezko about properties that he owned."

Staffers were obviously thinking about combating various money-for-favors implications. But they neglected to consider the other side of this statement. It demonstrates Obama never stood up for his constituents who were shivering in the cold or fighting off mice in their Rezko-rehabbed properties.

But Obama did find time to write letters for Rezko; these requests were only recently discovered. 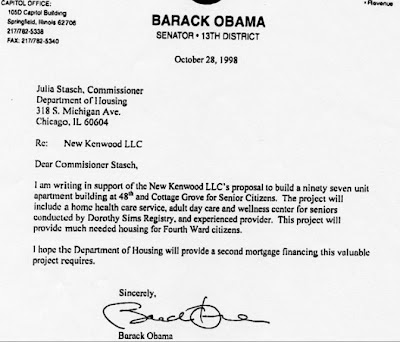 For example, Obama wrote letters to city and state officials supporting Rezko's bid for $14 million in taxpayers' money for an elder-care facility.

The letters appear to contradict a statement last December from Obama, who told the Chicago Tribune that, in all the years he's known Rezko, "I've never done any favors for him.''

On Tuesday, Bill Burton, press secretary for Obama's presidential campaign, said the letters Obama wrote in support of the development weren't intended as a favor to Rezko or [partner Allison] Davis.

Not very believable, in my estimation.

Obama was able to assist Davis and Rezko in other ways:

Cullen Davis is the son of Allison Davis, who was Senator Obama's boss, when the former community activist got out of community activating and got a Harvard Law Degree and worked for the civil rights firm Davis [owns].

"In 2000 Davis asked the nonprofit Woods Fund of Chicago for a $1 million investment in a new development partnership, Neighborhood Rejuvenation Partners. Obama, a member of the board, voted in favor, helping Davis secure the investment... The following year, Davis assembled another partnership to create New Evergreen/Sedgwick, a $10.7 million renovation of five walk-up buildings in a gentrifying neighborhood. The project, a model of small-scale, mixed-income development, was subsidized by almost $6 million in state loans and federal tax credits."

Which the Boston Globe then goes on to describe the multiple levels of failure of the project, from both the financial angle and the viewpoint of the residents...

You may remember the Woods Fund. Obama served as a member of its board, along with unrepentant terrorists/Communists William Ayers and Bernardine Dohrn.

Thus, Obama seemingly used every lever available to him to assist his patrons -- including convicted felon Tony Rezko and Allison Davis -- in their quest to enrich themselves at the expense of taxpayers and his constituents.

And, according to the Huffington Post in March of this year, the Obama campaign was forced to admit that it received significantly more money from Rezko than it had previously disclosed.

Rezko helped raise up to $250,000 for his various political races, Obama's campaign said. The campaign had previously put the figure at $150,000 but now says that amount was only for his 2004 Senate race... 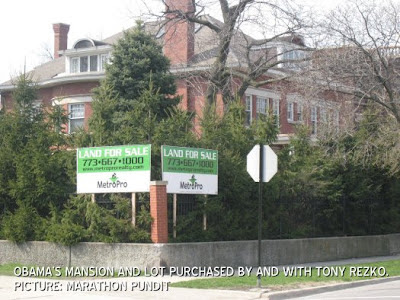 And in interviews with two Chicago newspapers, the Democrat again said it was a mistake to involve Rezko in his purchase of a new home _ not just because Rezko was under federal investigation but because he was a contributor and political activist... Still, Obama said he did nothing unethical...

* * *
Put in the simplest terms possible, state senator Obama couldn't even keep his constituents warm during the winter, presumably because he was too busy assisting his developer buddies with their various moneymaking schemes. 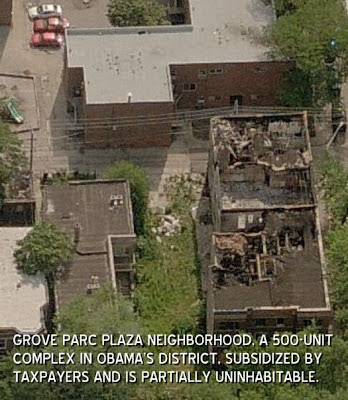 And, as both a "community organizer" and then a state senator, Obama couldn't even keep federally subsidized housing complexes like Grove Parc habitable.

You know, habitable is a pretty freaking low bar to set; and Obama couldn't even meet it for the downtrodden residents in his district.

Now: this is Obama's experience that ostensibly qualifies him for the presidency?

If it weren't so deadly serious, I'd think it was someone's idea of a sick joke.