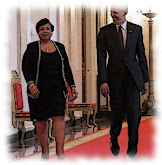 The wrong attorney general is testifying before Congress today.

The kabuki theater that is Congress’ hearings on Trump’s alleged collusion with the Russians to win the 2016 election has come full circle. This is the issue that inspired Conservative Review Editor-in-Chief Mark Levin to expose the “police state tactics” of the Obama administration and the scandal of Obama’s spying on American citizens. The focus on Attorney General Jeff Sessions and his testimony is misplaced, as the media and Congress ignore allegations of another major Obama administration scandal, one that would clearly show Obama’s Justice Department interfered in the 2016 election to help Hillary Clinton win.

Anonymous sources briefed on James Comey's closed-door testimony before members of Congress told Circa the former FBI director made startling accusations about Obama administration Attorney General Loretta Lynch. Comey, they said, claimed to have evidence that Lynch agreed to interfere with the criminal investigation into Democratic nominee for president Hillary Clinton, to prevent any politically damaging criminal prosecution of Clinton from happening. 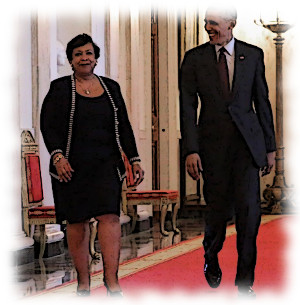 Comey spoke to lawmakers in a classified setting to discuss sensitive details that could not be shared with the public.

Previously, in a public hearing, Comey told lawmakers that AG Lynch had instructed him to refer to the criminal probe of Clinton as a “matter” rather than an “investigation.” “That concerned me because that language tracked the way the campaign was talking about the FBI's work and that's concerning,” Comey testified, saying that Lynch’s instruction seemed like political spin.

The anonymous sources report that Comey privately informed lawmakers of a second conversation with Lynch just before the email investigation was shut down.

Comey reportedly told lawmakers that he went to Lynch with his concern that she created a conflict of interest by meeting with former President Bill Clinton during the criminal investigation into his wife.

During the conversation, Comey told lawmakers he confronted Lynch with a highly sensitive piece of evidence, a communication between two political figures that suggested Lynch had agreed to put the kibosh on any prosecution of Clinton.

Comey said “the attorney general looked at the document then looked up with a steely silence that lasted for some time, then asked him if he had any other business with her and if not that he should leave her office,” said one source who was briefed. (Emphasis added.)

The attorney general of the United States, Loretta Lynch, a Democratic appointee, was confronted by Comey with evidence that showed she would decline to prosecute the Democratic candidate for president. She then told him to get out of her office. That is what Circa’s sources claim.

FBI Director Comey apparently was made so uncomfortable by Lynch’s behavior that he decided to take the matter into his own hands.

Comey “took that interaction and the fact she had met with Bill Clinton as enough reason to decide he would not allow the Justice Department to decide the fate of the case and instead would go public” with his own assessment that the FBI could not prove Mrs. Clinton intended to violate the law when she transmitted classified information through her private email and therefore should not be criminally charged. Another source said the "tarmac meeting was the public excuse for not going to Lynch when all along there was other evidence that was more concerning to Comey."

The rest is history.

These allegations demand an immediate investigation by Congress. If they are true, the Obama administration interfered with a criminal investigation into the Democratic candidate for president and shielded that candidate from potential prosecution for political purposes – to help her win an election.

President Trump understands the gravity of this report.

Congress is investigating the wrong scandal. By having Jeff Sessions testify today, by continuing the probe into the Trump campaign’s alleged collusion with the Russians with no evidence yet produced, Congress is permitting the Obama administration’s potential nefarious, politically motivated acts of injustice to remain in the dark.

Forget Jeff Sessions. Drag Loretta Lynch before Congress and have her testify immediately. Did Loretta Lynch agree to prevent Hillary Clinton from facing prosecution? Did the attorney general tell FBI Director James Comey to leave her office when confronted with evidence that showed a conflict of interest? And was Attorney General Lynch acting on her own, or did she have orders from President Barack Obama to interfere with the investigation and ensure that Hilary Clinton did not suffer political damage during the election?

How do we stop the mainstream media from warping the national narrative? We push back together. With the truth. Be the first to receive CRTV’s free weapon against the worst the media has to offer. Introducing WTF MSM!?

Of course, but don't hold your breath.

Lynch may want to avoid being alone outside, doing exercise, flying, etc., etc. I'm not accusing the hildebeast of anything, it's just that quite a number of people either investigating or in possession of dangerous information concerning the clinton crime family seem to end up dead.

Obama was so evil that we're still living with his crimes six months after he left office. Moreover, and this is the important point, why is a Republian-led Congress allowing this to occur? The mainstream GOP continues to baffle me. They aren't RINOs; they are boneheads.