Straight out of the CCCP (i.e., the invaluable People's Cube) comes this handy set of figures illustrating the official caste system of the Democrat Party.

The first chart depicts the historical hierarchy of ancient Egypt.

The second portrays an eerily similar caste system enforced by the post-Wilson Democrat Party, reinforced by FDR, LBJ and BHO.

Although I do think there was a minor omission on the Democrat Party's chart; can you guess what it is (answer at the end of the post)? 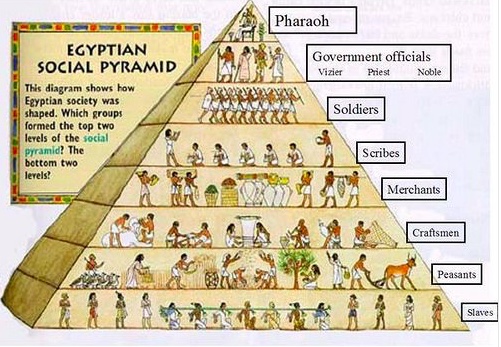 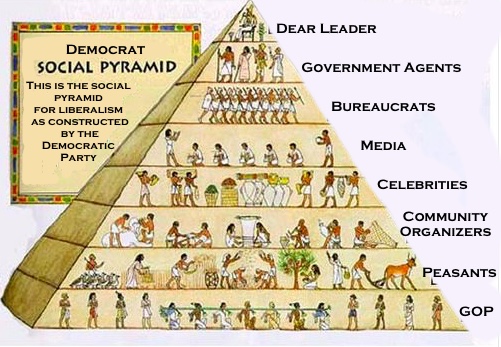 So where's the omission?

I believe there's a missing layer between "community organizers" and "the peasants". It consists of various special interest groups such as Antifa, the LGBTQWERTY community, the socialists communists, and downtrodden minority separatist groups. You know, folks like BLM and La Raza, who are kept in a permanent set of outrage through #FakeNews ("Hands up, don't shoot") and a K-12 educational systems that fails to teach even basic American history.

Actually, these are more to the point:
Peasants should be "The Entitled"
A new rung called "Taxpayers"
In place of the GOP, it should be "Conservatives".

Beaurocrats and press need to be switched Fewer press, and they are higher on the pecking order.