House Committee on the Judiciary Chairman Bob Goodlatte on Friday subpoenaed former FBI Agent Peter Strzok to appear for a deposition next week.

Goodlatte issued the subpoena even though Strzok’s attorney said that Strzok is willing to testify voluntarily before Congress.

“We regret that the Committee felt it necessary to issue a subpoena when we repeatedly informed them that Pete was willing to testify voluntarily,” Strzok lawyer Aitan Goelman said in a statement after Goodlatte issued the subpoena.

A statement on the Judiciary Committee’s website said that the panel has “repeatedly requested to interview Mr. Strzok regarding his role in certain decisions, but he has yet to appear.”

As the FBI’s deputy chief of counterintelligence, Strzok oversaw the bureau’s investigation into possible Trump campaign ties to the Russian government. He was also a top investigator on the former Secretary of State Hillary Clinton email probe. 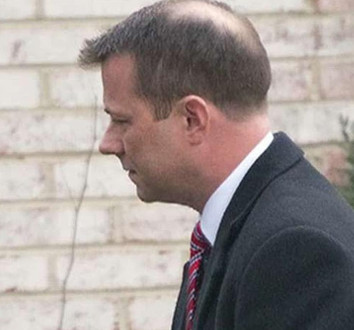 A Department of Justice inspector general’s report released June 14 blasted Strzok over the text messages, saying that the messages indicated a “biased state of mind” and implied “a willingness to take official action to impact the presidential candidate’s electoral prospects.”

Strzok was escorted from FBI headquarters June 15. Attorney General Jeff Sessions said on Thursday that Strzok no longer has his security clearance.

Goelman said that his client “intends to answer any question put to him, and he intends to defend the integrity of the Clinton email investigation, the Russia collusion investigation to the extent that that’s a topic, and his own integrity,” in a letter sent to Goodlatte on Saturday.

Goelman said that Strzok “wants the chance to clear his name and tell his story.”

I wonder how many times he'll take the fifth, tell us the definition of "is" and speecify about his obligations to a higher justice.

Just hang the traitor and put his head on a spike.

In Washington DC fairy tales don't start with "once upon a time" they start with "I do solemnly swear."