Veteran GOP lawyer Cleta Mitchell suddenly found her name mixed up in the investigation into Russian meddling in the 2016 presidential election.

The first public mention of Mitchell came in a March 13 report released by Democrats on the House Permanent Select Committee on Intelligence. The report listed Mitchell, a partner at the firm Foley & Lardner, as one of the “individuals or groups who were involved in or may have knowledge of third-party political outreach from the Kremlin to the Trump campaign.”

The origin of the claims about Mitchell, which she says are a “complete fabrication,” have remained a mystery for months. But notes taken during a meeting between Department of Justice official Bruce Ohr and Glenn Simpson, the founder of Fusion GPS, could shed light on how the allegations made their way into the public sphere.

The Daily Caller News Foundation has learned that during a Dec. 10, 2016, meeting in Washington, D.C., Simpson told Ohr that Mitchell learned of and was troubled by Russian funding for the NRA.

“An NRA lawyer named Cleta Mitchell found out about the money pipeline and was very upset, but the election was over,” Simpson said, according to Ohr’s handwritten notes, which were read to TheDCNF by a government source.

Simpson and Ohr were meeting to discuss Fusion GPS’s investigation into Russian interference in the 2016 election. Ohr had been in contact with Christopher Steele, the former British spy was working for Simpson on the Trump dossier.

Ohr’s wife, a Russia expert named Nellie Ohr, also worked for Simpson and Fusion GPS, which worked for the Clinton campaign and the Democratic National Committee to dig up dirt on then-candidate Donald Trump during the 2016 election. The Ohr-Fusion connection has come under intense scrutiny from Republican lawmakers who want to know Ohr’s involvement in the Russia investigation. 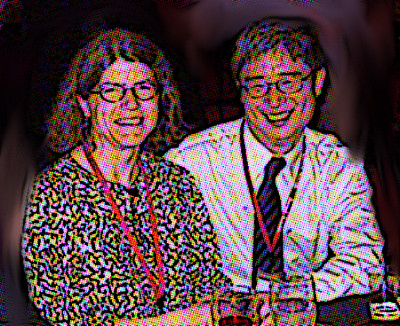 Simpson’s claim to Ohr about Mitchell closely matched a March 15 article published by McClatchy reporters Greg Gordon and Peter Stone. Like Simpson’s statement to Ohr, the article made the false assertion that Mitchell is currently a lawyer for the NRA, but she hasn’t had a relationship with the organization for years.

In the piece, titled “NRA lawyer said to have concerns about group’s ties to Russia,” Gordon and Stone claimed that congressional investigations “have learned that a longtime attorney for the National Rifle Association expressed concerns about the group’s ties to Russia and possible involvement in channeling Russian money into the 2016 elections to help Donald Trump.”

“Whether there was an effort by Russia to create a back channel or assist the Trump campaign through the NRA or gun-rights groups is an open question the committee’s minority has endeavored to answer for the past year,” Schiff said.

Mitchell has emphatically denied the allegations in the McClatchy article, saying that she never expressed concern about Russian funding for the NRA because she had not heard anything about it.

Mitchell told McClatchy the claim was a “complete fabrication.”

“I have no knowledge of anything like this and zero concerns whatsoever about anyone — Russians or otherwise — who ‘funneled’ funds to/ through NRA,” she told the news wire service.

“I have not had any relationship with the NRA in six years. I had zero contact with the NRA in 2016,” Mitchell told the reporters after their article was published. Contrary to what the initial McClatchy article and Simpson claimed, Mitchell’s NRA board membership expired in 2013.

Mitchell told TheDCNF that numerous news outlets, including ABC News, The New York Times, NPR, Talking Points Memo and CNN approached her about what she says is a “false story” about her.

“[The] only one who bit was McClatchy,” Mitchell said. “I’ve suspected all along it was Glenn Simpson/Fusion who made up that story.”

Mitchell minced no words when asked what she thinks about Simpson presenting her name to a top Justice Department official.

“He should be prosecuted for violating 18 USC 1001. Lying to a federal agent is a crime,” she said.

It is unclear how House Intelligence Democrats, led by Schiff, obtained the information about Mitchell. In their March 13 memo, Democrats included Mitchell on a witness list along with Russian national Maria Butina and GOP operative Paul Erickson as someone who “can shed light on the NRA’s relationship with Alexander Torshin.”

Simpson had also told Ohr about Torshin, according to the Justice Department official’s notes.

Butina, 29, was indicted on July 17 on charges that she acted as a foreign agent of Russia. She is suspected of attempting to infiltrate conservative political groups, including the NRA, at the direction of Torshin, a top official with Russia’s central bank.

Butina was in a relationship with Erickson at the time.

But Mitchell denies ever meeting Butina and Erickson. Mitchell told TheDCNF that she “never met or heard of either of them until the stories and indictment.”

“I wonder why the indictment says nothing about what these people actually did in 2016 to change or influence one thing the NRA did or did not do,” Mitchell told TheDCNF. “The reason is because I am confident there was zero action taken by NRA related to those two individuals.”

Gordon, one of the McClatchy reporters, said he stands by the Mitchell story.

“We stand by our story. As you know, we already quoted Ms. Mitchell as denying these allegations. We do not discuss the sources for our stories.” he told TheDCNF.

Ohr’s notes of his meeting with Simpson show that not everyone at Fusion GPS bought into his theory that Russians were funneling secret cash to the NRA.

“Some of Glen’s [sic] people believe that the NRA received abnormally large amount of money to spread in the election, possibly indicating Russian involvement, but others disagree,” Ohr wrote in his notes.

It's pretty easy to know who's lying-if they are a libturd, it's part of their DNA!