Over a year before Stefan Halper was revealed as an FBI informant who spied on the Trump campaign, a Pentagon analyst complained to his bosses about “astronomically outrageous” contracts given to Halper, a former University of Cambridge professor.

That analyst, Adam Lovinger, has since been stripped of his security clearance; he says because he blew the whistle on the Pentagon contracts with Halper and Long Term Strategic Group (LTSG), a firm owned by a childhood friend of Chelsea Clinton’s named Jacqueline Newmyer Deal.

Lovinger flagged the contracts in 2016 to his boss James Baker, the director of the Office of Net Assessment (ONA), a small Defense Department unit known as the Pentagon’s think tank. Shortly after joining the National Security Council, Lovinger’s security clearance was revoked on May 1, 2017.

Baker, an Obama appointee, made four specific allegations against Lovinger. He claims that Lovinger made an unauthorized trip to Israel, that he took home unclassified academic papers, that he read classified documents on an airplane and that he had unauthorized contacts with the Indian government. 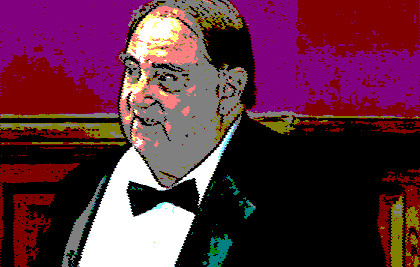 Halper’s ONA work closely mirrors a pitch he made on Sept. 1, 2016, to George Papadopoulos, a former Trump campaign aide whom Halper contacted on behalf of the FBI.

In an email first reported by TheDCNF, Halper offered $3,000 and an all expenses paid trip to London to Papadopoulos to write a policy paper on energy issues in the Mediterranean Sea. (RELATED: A Meeting In London Aroused George Papadopoulos’s Suspicions)

Papadopoulos, an energy consultant with expertise on Cyprus, Turkey and Israel, accepted the offer and traveled to London, where he met with Halper several times.

Papadopoulos has told associates that during dinner one night, Halper randomly asked him about Russians and Hillary Clinton’s emails. Halper was accompanied by a woman named Azra Turk, whom he claimed was his assistant.

Papadopoulos delivered the paper to Halper in early October 2016. Halper sent a wire for $3,000 to Papadopoulos’s bank account.

Lovinger was unaware of Halper’s contact with Papadopoulos when he emailed Baker in October 2016 about ONA’s contracts with Halper.

The 12-year Pentagon veteran complained to Baker of “the moral hazard associated with the Washington Headquarters Services contracting with Stefan Halper,” The Times reported.

Sean Bigley, a lawyer for Lovinger, says Halper’s contracts were a mystery to ONA staff. In an interview with TheDCNF on Thursday, he said Lovinger and others on staff questioned how Halper was “getting these astronomically outrageous contracts to do very little.”

Bigley also told TheDCNF that Halper’s work for ONA could easily have provided him cover for his secret FBI and CIA activity.

“Halper’s affiliation with ONA as an academic in writing these reports gives him really great cover for the outreach he was doing with people like Papadopoulos because it would be entirely logical for him to approach somebody like that and ask for that type of work product,” Bigley told TheDCNF in a phone interview.

“It’s kind of the perfect cover, if that’s what it was.”

Halper and Page first met at a political forum held at the University of Cambridge between July 11 and 12, 2016, around three weeks before the FBI official opened its investigation into possible collusion between the Trump campaign and Russian government.

Halper worked closely at Cambridge with Sir Richard Dearlove, the former head of MI6, the British equivalent of the CIA.

Page has told TheDCNF he and Halper maintained contact throughout the campaign and beyond. They last spoke in September 2017, the same month that the government’s Foreign Intelligence Surveillance Act (FISA) warrant against Page expired.

Halper, a veteran of four Republican administrations, met with Clovis, the campaign’s national co-chairman, on Aug. 30, 2016, at a Washington, D.C.-area hotel. Clovis says he and Halper had a benign chat about foreign policy. But he says he now believes that Halper used the meeting as a pretext to reach out to Papadopoulos.

Halper’s role as an FBI and CIA informant was not revealed until May. It has since been reported that Halper provided information about the Trump campaign that ended up being used Special Counsel Robert Mueller’s investigation into possible collusion between the Trump campaign and Russian government.

Bigley, a former investigator for the Office of Personnel Management, also contends that ONA flouted federal law by using Halper to engage with foreign government officials on behalf of the Defense Department.

“He was being used by Net Assessment to go out essentially and engage with foreign government officials. As a contractor that’s totally illegal,” Bigley said, adding that he was unable to provide details about what officials Halper met or what governments they worked for because the information could be classified.

“And yet they would hire him, and send him out essentially unsupervised to engage with high level foreign government officials, ostensibly communicating U.S. policy positions and trying to establish relationships and things like that,” said Bigley.

“It allows the contractors to potentially insert their own motivations into their dealings with foreign government officials ostensibly on behalf of the United States.”

“If in fact … he was being bankrolled by ONA to go out and develop these relationships and then turn around and use those relationships to the detriment of the Trump campaign, in a sense, you could argue that DOD was really footing the bill for that.”